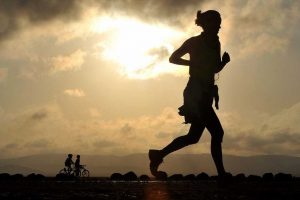 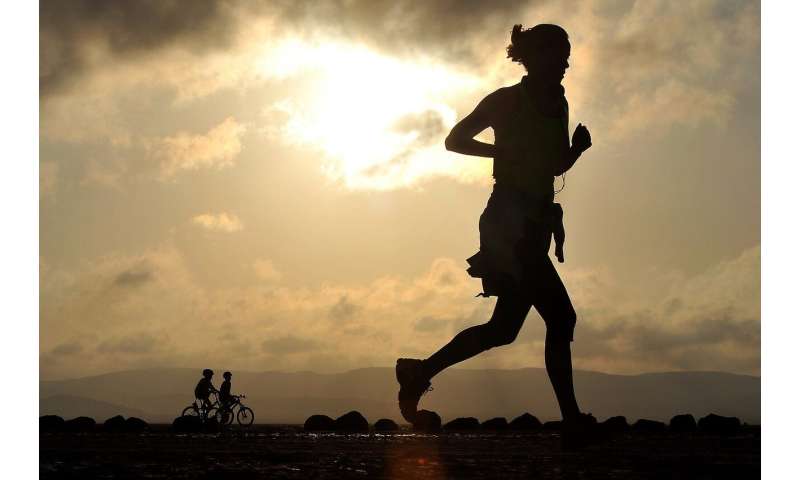 Six feet is the accepted threshold for social distancing in this country, while the Brits use a 2-meter rule for an extra 7 inches of coronavirus protection. The Australians, at 1.5 meters, have opted for a bit less.

While there is some uncertainty on the right cutoff point, those guidelines are based on how far droplets tend to travel from our mouths before settling to the ground.

But what if the droplet spewer is on the move?

Runners and bikers leave a “slipstream” of particles in their wake, so it makes sense to stay farther away from them or move to one side, according to a new simulation from engineers in Belgium and the Netherlands.

The analysis relied on a computer model of exhaled droplets, not a live experiment with viruses, and has yet to be formally reviewed for publication in an academic journal. Others who study the behavior of airborne particles say the findings are plausible.

Viruses may linger in the air much like smoke from a cigarette, said Jose-Luis Jimenez, a chemistry professor at the University of Colorado Boulder who was not involved in the study.

“It makes complete sense that if you are following someone who is exhaling the virus, you have more of a chance breathing it in,” he said.

The findings should not discourage people from exercising, said study author Bert Blocken, who is affiliated with both Eindhoven University of Technology in the Netherlands and Catholic University Leuven in Belgium. Exercise is crucial for maintaining physical and mental health in the midst of a pandemic, as it is at any other time.

But steering clear of other exercisers makes sense, because people spread the virus before developing symptoms, he said.

The recommended amount of separation depends on how fast the exhaler and the inhaler are moving, Blocken said. A runner should aim to stay 30 feet behind someone going in the same direction, while a biker should aim for up to 60 feet if traveling fast, he estimated. If that is not possible, shift to a different lane.

“If someone exhales, coughs, or sneezes while walking, running, or cycling, most of the microdroplets are entrained in the wake or slipstream behind the runner or cyclist,” Blocken wrote. “The other person who runs or cycles just behind this leading person in the slipstream then moves through that cloud of droplets.”

On the plus side, exhaled viruses are likely to get dispersed faster outside, especially if there is wind. And the microbes may not survive as well in warmer, humid air, although research on that is still underway.

Blocken said his simulation was limited to larger droplets that settle to the ground. He did not model the behavior of smaller “aerosol” particles that might remain aloft for hours.

The distinction between those categories has been a source of confusion since the coronavirus epidemic began. Governments have said that in everyday settings, the main risk of exposure comes from the larger droplets, which settle to the ground quickly, thus the 6-foot rule.

The smaller particles that remain airborne are more likely to be generated in a hospital setting, such as during the process of placing a patient on a ventilator, health agencies have said. That was what drove the original advice that masks were unneeded outside the hospital.

Now, of course, the agencies have done an about-face on masks. That shift made sense, as we produce some of the smaller particles even when speaking and breathing, said Jimenez, the Colorado professor.

The key is how much and whether the particles contain viruses. That’s because exposure matters. As a rule of thumb, the more viruses a person inhales, the greater the chance of getting sick.