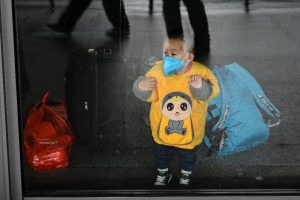 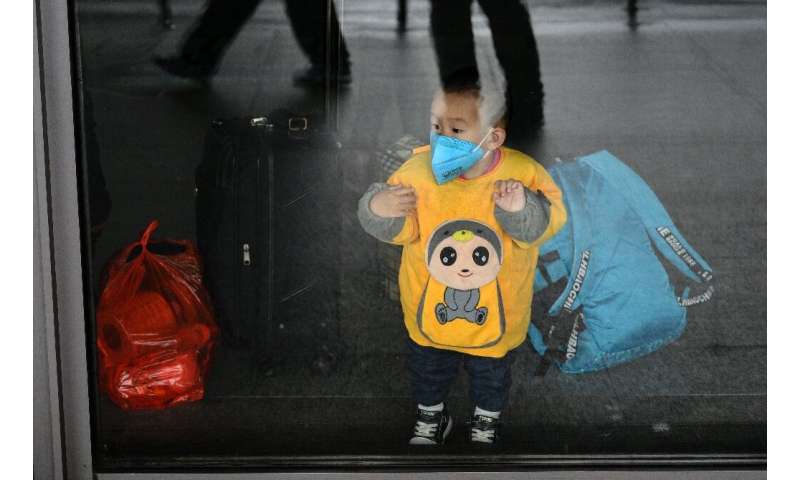 The death toll from China’s coronavirus epidemic climbed past 1,100 on Wednesday but the number of new cases fell for a second straight day, raising hope the outbreak could peak later this month.

As Beijing scrambles to contain the outbreak, the number of people infected on a cruise ship off Japan’s coast rose to 174—the biggest cluster outside the Chinese mainland.

Another 97 people died in China, raising the national toll to 1,113, while more than 44,600 people have now been infected by newly named COVID-19 virus.

The World Health Organization warned the virus posed a “very grave threat”, but that there a “realistic chance” of curbing the outbreak.

Most of the deaths and majority of cases have been in central Hubei province, whose capital, Wuhan, is the epicentre of the outbreak. Some 56 million have been placed under lockdown in the province.

The epidemic has threatened to harm the world’s second-largest economy, with ANZ bank warning that China’s first-quarter GPD growth would slow to 3.2-4.0 percent, down from a previous projection of 5.0 percent.

But in a positive development, the number of new cases has fallen in Hubei for two straight days, according to figures from the National Health Commission. 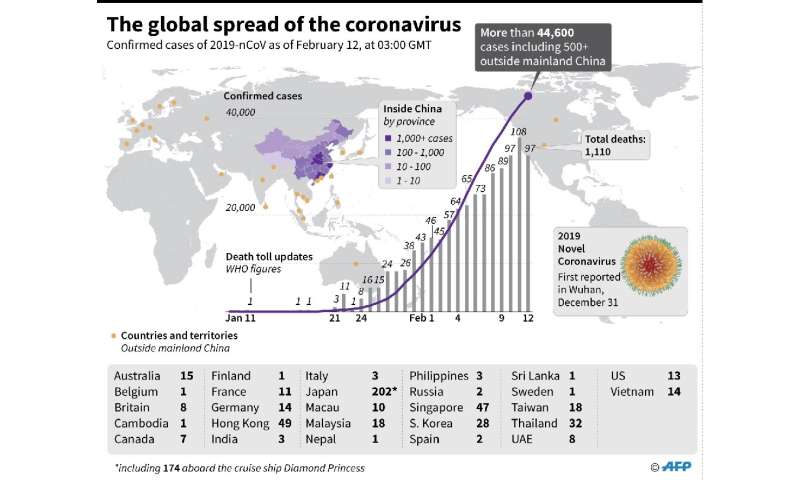 Outside the province, the number of new patients has declined for the past week.

“In general, the number of new cases is now slowly decreasing,” Zhong Nanshan, a renowned scientist at China’s National Health Commission, said in a video conference with medical staff in Wuhan on Tuesday.

“When does the turning point occur? I can’t say. But I think it’s at its peak in mid- to late-February,” he said.

“I think we’ve just got to watch the data very closely over the coming weeks before we make any predictions,” Brendan Murphy told the Australian Broadcasting Corporation.

In Geneva, the WHO is hosting a two-day international conference on combatting the virus during which it decided to name it COVID-19—in keeping with guidelines aimed at avoiding linking disease to an animal or a geographic location. 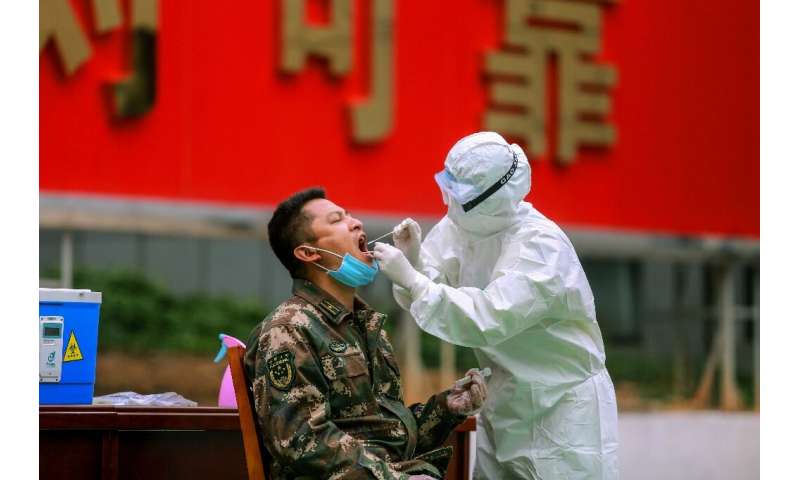 Warning it posed a “very grave threat” to the world, WHO chief Tedros Adhanom Ghebreyesus said there was a “window of opportunity to hit hard and stand in unison to fight this virus in every corner”.

“We are not defenceless,” Tedros said, adding: “If we invest now… we have a realistic chance of stopping this outbreak.”

In addition to locking down Hubei, authorities have restricted movements in several other cities far from the epicentre in its unprecedented effort to contain the virus.

Authorities have found a cluster in the northern port city of Tianjin, where 39 people were infected in one department store, according to the official Xinhua news agency. The first case was a salesperson who was diagnosed on January 31.

Several countries have banned arrivals from China, while major airlines have halted flights to and from the country, as hundreds of people have now been infected in some two-dozen countries. 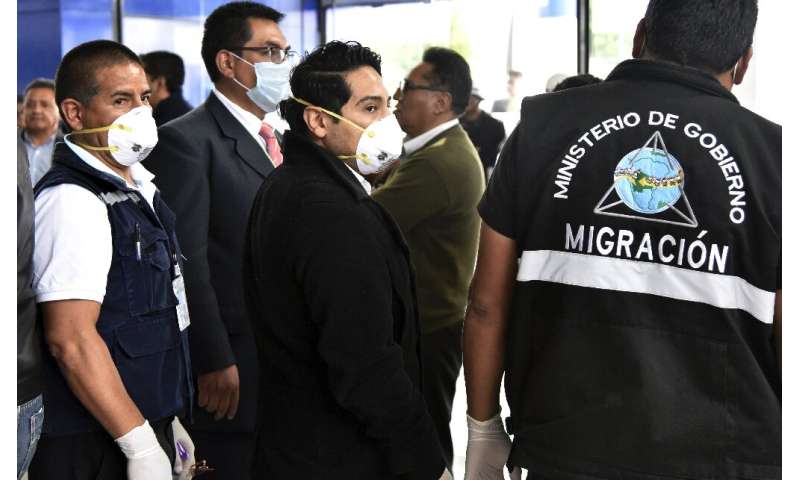 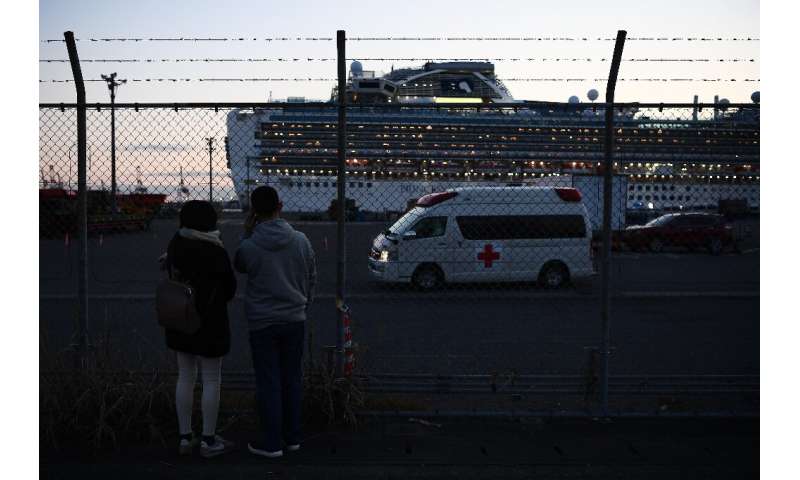 The biggest cluster of cases outside China is on a cruise ship quarantined off Japan’s coast.

An additional 39 people on board the Diamond Princess have tested positive for COVID-19, raising the total of cases to 174, while thousands of passengers and crew face a second week in quarantine.

The case of a British man who passed on the virus to at least 11 other people—without having been in China—has raised fears of a new phase of contagion abroad.

The 53-year-old man caught the virus while attending a conference in Singapore and then passed it on to several compatriots while on holiday in the French Alps, before finally being diagnosed back in Britain.

Given China’s economic heft and position at the nexus of global supply chains, the virus is affecting companies far and wide and across multiple sectors across the world.

International conferences are also being affected, with this week’s Singapore Air Show—Asia’s biggest—badly hit by exhibitors withdrawing and low attendance.