Home » Health News » Obesity, second to smoking as the most preventable cause of US deaths, needs new approaches

Obesity, second to smoking as the most preventable cause of US deaths, needs new approaches 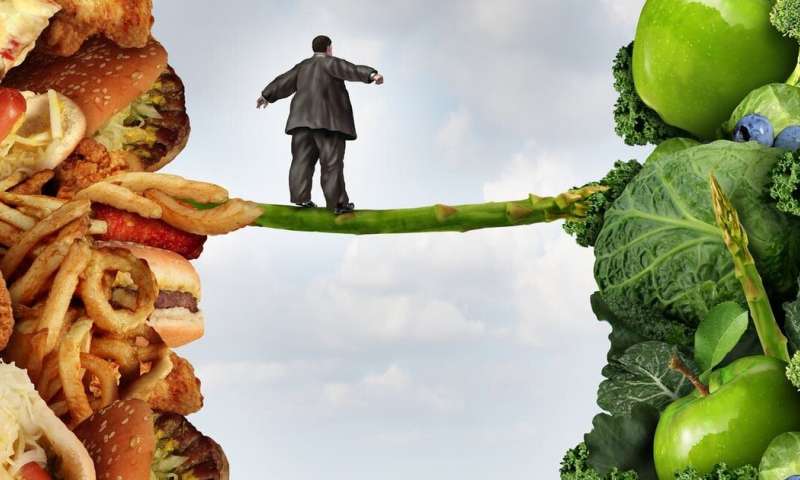 The opioid crisis and deaths related to e-cigarette use among teenagers have dominated news headlines recently. Recently, the Centers for Disease Control and Prevention reported that 34 people had died as a result of vaping and, in 2017, opioid addiction was responsible for more than 47,000 deaths in the U.S. Opioid addiction has been declared a public health emergency.

Yet these serious public health threats obscure an ever-present and growing calamity of obesity in the United States. Obesity is second only to cigarette smoking as a leading preventable death in the U.S. Nearly one in five deaths of African Americans and Caucasians age 40 to 85 is attributed to obesity, a rate that is increasing across generations.

Clearly society needs better strategies to address this public health emergency. As a health economist who has spent decades studying ways to prevent disease, I believe there are some policy options that could help.

People who are obese face heightened risk for diabetes, heart disease, stroke, high blood pressure and certain types of cancers, among other conditions. The estimated annual medical cost of obesity in the United States is $147 billion, with most of those costs hitting public programs such as Medicare and Medicaid. Similar trends have been observed internationally among developed countries.

So what can we do about it? The massive public and private efforts to control smoking provide both a template for addressing obesity and a benchmark for social impact. Tactics such as education, cigarette taxes, and smoke-free public spaces resulted in a 66% decline in smoking between 1965 and 2018, when cigarette smoking reached an all-time low of 13.7% among U.S. adults.

From a public investment perspective, the potential bang for the buck is even bigger for obesity than it is for tobacco. In my view, a successful anti-obesity campaign must encourage people to be less sedentary; invest in new medical treatments and nutrition science; and create regulatory and health insurance policies that reward behavioral change. It also means broader access to effective therapies.

Our current emphasis on behavioral interventions has been disappointing. Society needs to find a way to talk about obesity and come up with ways to deal with it that do not involve body-shaming Losing weight means eating less or exercising more, or both, but there are no guarantees with either approach. Getting people to exercise is difficult. Nearly 80% of adults are not meeting the key guidelines for both aerobic and muscle-strengthening activity.

Getting people to change their diet is similarly ineffective. According to one study, half of dieters had gained 11 pounds five years after starting their diet; some progress but hardly enough. Similarly, nutritional labels have had little effect on consumers’ food intake and body mass index.

So what should policymakers do? I think it is time to take several new approaches.

The intellectual property rights of companies that develop novel approaches to weight loss, such as mimicking the effects of exercise, should be protected and rewarded with patent law and other mechanisms. Currently, if a company discovers a way to get people to go for a walk with a new app or program, protection for intellectual property and reimbursement is uncertain.

Given the stakes, the U.S. government should offer greater rewards for behavioral interventions that can demonstrate long-term gains under the same rigorous regulatory standards similar to those required of new drugs. U.S. companies invest billions of dollars to develop pharmaceuticals. By contrast, there is less social investment in other prevention activities.

While not a solution for everyone, gastric bypass and adjustable gastric banding, among other procedures, have proven effective. New incentives could expand access to these surgeries by lowering the BMI threshold for eligibility. Some insurers have put up barriers to this treatment because obesity is not immediately life-threatening or related to our traditional notion of disease.

We need to find better ways to annuitize the cost of surgery and increase access while tying reimbursement to outcomes. Other insurers with an interest in long-term outcomes, including the life insurance industry, can play an important role. They have a vested financial interest in avoiding mortality and disability but have traditionally remained on the sidelines while Americans grow fatter.

Evidence points to a 20% reduction in BMI persisting up to 10 years after surgery. In 2017, 228,000 Americans received bariatric surgeries. Of those, only 10% of are eligible under current criteria.

Another approach is to consider new medications and utilize the successful approach that has been used to fight high blood pressure. About 50 years ago, hypertension was considered untreatable. Diet and exercise were the predominant means of controlling it. The discovery of multiple agents to combat hypertension, beginning with diuretics and beta blockers, proved transformative. A similar story emerged for elevated cholesterol. About half the decline in U.S. deaths from coronary heart disease can be attributed to medical therapies like these.

Several clinically proven anti-obesity medications are already available for people who do not respond to lifestyle modification. Furthermore, there is a robust clinical pipeline, with approximately 250 compounds under development, including dozens of novel compounds. Drugs such as these can help change the trajectory of the obesity epidemic, if they are made widely available and reimbursed—challenges in today’s health care insurance system.

Another avenue to consider includes levying taxes on sweetened beverages, or the so-called “soda tax.” One study found that implementing a 1 cent per ounce soda tax would reduce sugar-sweetened beverage consumption by 20% over 10 years. The result would be a $23.6 billion savings in health care and improved population health.

Finally, the food and restaurant industry deserves some of the blame. Restricting access—like the United States tried with the ban on the consumption and sale of alcohol—won’t work. But responsible steps to regulate portions might.