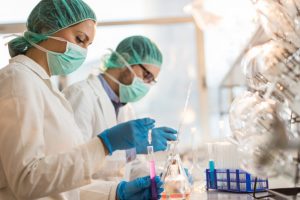 The number of COVID-19 cases around the world has just passed 1 million, and it may seem as though this pandemic will never go away. It is important to remember that, in their labs, scientists are making quiet progress every day — helping untangle the causes of this crisis and inching closer to stopping it. 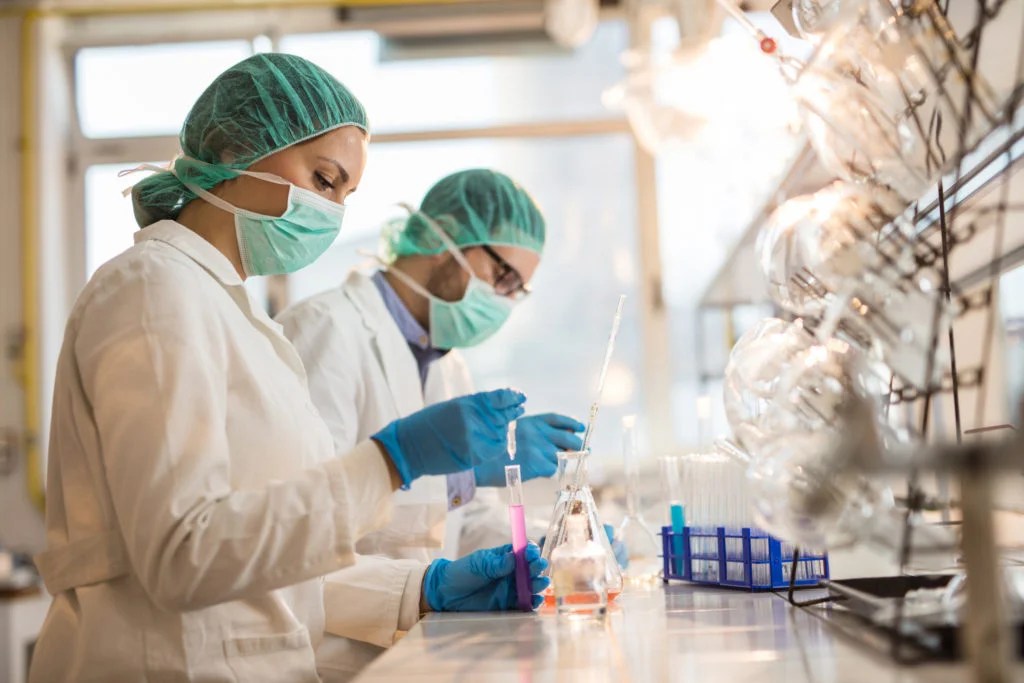 A couple of weeks ago, Medical News Today first rounded up emerging evidence that gave us reasons to be cautiously hopeful.

In this article, we continue the series by looking at the impact of social distancing measures, newly launched treatment trials, and hopes for a vaccine.

A new study by Prof. Chaolong Wang and colleagues from Huazhong University of Science and Technology, in Wuhan, China, suggests that the social distancing measures implemented by Chinese officials prevented more than 90% of possible infections between January 23 and February 18, 2020.

Prof. Wang and the team reached this conclusion after having developed a method of predicting virus transmission patterns by looking at population movement, unconfirmed cases, and people in quarantine.

The study also predicted that nearly 60% of the people carrying the virus had no symptoms and were not self-isolating. This may have contributed to the quick spread of the virus.

These findings are consistent with those of other studies, such as one published in Eurosurveillance that looked at the spread of the virus on the Diamond Princess cruise ship.

Prof. Gerardo Chowell, a co-author of this study, highlights the importance of social distancing as the only way to block the chain of contagion in the context of asymptomatic cases.

“Implementing strong social distancing measures is the only way to stop the virus from spreading.”

Another study, led by Prof. Christopher Dye, from the University of Oxford, in the United Kingdom, used large datasets to analyze the movements of millions of people as a result of the nationwide travel ban in China.

“Based on [these] data, we could also calculate the likely reduction in Wuhan-associated cases in other cities across China,” says study co-author Prof. Ottar Bjornstad, from Pennsylvania State University, in University Park.

The scientists considered the number of cases from the beginning of the outbreak until February 19, 2020, the 50th day since the outbreak’s start.

They also looked at the cases between January 23 and February 19, having accessed public health records and case reports of COVID-19.

During this time, “Our analysis suggests that without the Wuhan travel ban and the national emergency response, there would have been more than 700,000 confirmed COVID-19 cases outside of Wuhan,” says Prof. Dye.

“China’s control measures appear to have worked by successfully breaking the chain of transmission — preventing contact between infectious and susceptible people.”

The World Health Organization (WHO) have launched SOLIDARITY, an international megatrial of four possible ways to treat COVID-19.

The first trial will look at repurposing remdesivir, a drug that was developed to treat Ebola but proved ineffective for this purpose.

The drug, however, seems to be effective against the coronaviruses SARS-CoV and MERS-CoV. Some recent reports have suggested that it may have helped some people recover from COVID-19.

The WHO research also seeks to assess the value of chloroquine and hydroxychloroquine, two antimalarial drugs, and to examine the effectiveness of two HIV drugs — ritonavir and lopinavir — used in combination.

It is worth noting that another study has cast doubt on the efficacy of HIV antiretroviral therapies as a COVID-19 treatment. But it is also worth bearing in mind that participants in this study may have received the interventions too late.

Lastly, in an attempt to boost the efficacy of the antiretrovirals, the WHO team will combine the two drugs with interferon beta, a first-line treatment for multiple sclerosis.

As COVID-19 is placing an increasing strain on healthcare systems across the world, researchers led by Dr. Michael Yaffe — a David H. Koch Professor of Science at the Massachusetts Institute of Technology, in Cambridge — say that repurposing a blood-thinning drug could reduce COVID-19 deaths and the demand for ventilators.

The compound in question is called tissue plasminogen activator (tPA), and it is ordinarily used to break up blood clots in people who have experienced a stroke or heart attack.

In a report published in The Journal of Trauma and Acute Care Surgery, Dr. Yaffe and colleagues use existing evidence to argue for a clinical trial that would test the potential benefits of tPA.

The lead author explains, “What we are hearing from our intensive care colleagues in Europe and in New York is that many of the critically ill patients with COVID-19 are hypercoagulable, meaning that they are clotting off their IVs and having kidney and heart failure from blood clots, in addition to lung failure.”

Previous studies have shown that drugs with a similar effect as tPA have helped patients with respiratory failure survive.

“If this were to work, which I hope it will, it could potentially be scaled up very quickly because every hospital already has it in their pharmacy,” he notes.

Expert hopes for a vaccine in 6–8 months

Prof. Bachmann, a leading immunology expert and a professor of vaccinology, is currently working on a SARS-CoV-2 vaccine that he hopes to introduce to a large part of the world’s population in 6–8 months.

In this, his first interview with MNT, Prof. Bachmann spoke of the challenges of devising a vaccine during a pandemic, explaining that researchers need to work much faster than usual. He also described the specificities of his vaccine.

The vaccine would use virus-like particles that are not infectious but trigger a very strong antibody response. It would also employ a part of the spike protein that SARS-CoV-2 uses to attach to healthy cells.

The expert also detailed the challenges that need to be addressed for this vaccine to become available to the public in large quantities.

“If this works, then we expect to make around 10,000 doses with 1 liter of culture, which means you can really make a lot of doses in a short period of time.”

“What I would like to do,” the researcher continued, “is an initial study, maybe on 100 people, just to see that you get the right antibodies and that people tolerate it reasonably well. Then you can expand. That would involve constant monitoring, of course, by the health authorities, but then, really, you could give the vaccine to everyone.”

“We could probably have hundreds of millions of doses in half a year,” Prof. Bachmann concluded.