COVID Vax Response OK in Most With Chronic Inflammatory Diseases 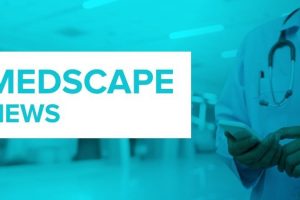 Although most patients with chronic inflammatory diseases mounted immune responses after two doses of mRNA-based COVID-19 vaccines, glucocorticoids and B-cell–depleting therapies markedly reduced the response, according to a recently published preprint of a new study.

The study, published on MedRxiv and not yet peer reviewed, involved a prospective look at 133 patients with chronic inflammatory disease (CID) and 53 patients with healthy immune systems at Washington University, St. Louis, and the University of California, San Francisco. It is regarded as the largest and most detailed study yet in how vaccines perform in people with immune-mediated inflammatory disease. The patients were enrolled between December 2020 and March 2021, and the most common diseases were inflammatory bowel disease (32%), rheumatoid arthritis (29%), spondyloarthritis (15%), and systemic lupus erythematosus (11%).

A “Modest” Reduction in Antibody Response

Senior author Alfred Kim, MD, PhD, of the department of medicine at Washington University, said the overall results so far are encouraging.

“Most patients with an autoimmune disease that are on immunosuppression can mount antibody responses,” he said. “We’re seeing the majority of our subjects respond.”

The immune-healthy controls and most of the patients with CID had a robust immune response against the spike protein, although the CID group had a mean reduction in antibody titers that was three times lower than the controls (P = .0092). The CID group similarly had a 2.7-fold reduction in preventing neutralization, or halting the virus’ ability to infect (P < .0001), researchers reported.

This reduction in response is “modest,” he said.

“Is the level of reduction going to be detrimental for protection? Time will tell,” he said, adding that researchers anticipate that it won’t have a critical effect on protection because responses tended to be within the range of the immunocompetent controls, who themselves had wildly varied antibody titers across a 20-fold range. ” ‘Optimal’ isn’t necessarily the same as ‘sufficient.’ “

Type of Medication Has Big Impact on Antibody Titers

But there was a wide variety of effects on the immune response depending on the medication. Glucorticoids resulted in a response that was 10 times lower than the immune-healthy controls, as well as fewer circulating plasmablasts after vaccination. Researchers found that 98% of controls were seropositive for antibody, compared with 92% of those with CID who were not taking prednisone, and 65% of CID patients on prednisone (P = .0006 and .0115, respectively). Prevention of neutralization of the virus was similarly reduced in those groups, compared with the controls. Kim noted this was a small sample size, with about 15 patients. These effects were seen regardless of the dose.

“We would’ve anticipated this would have been dose dependent, so this was a little bit surprising,” Kim said.

B-cell–depleting therapies, such as rituximab (Rituxan) and ocrelizumab (Ocrevus), reduced antibody titers by 36 times, compared with controls (P < .0001), with a similar reduction in preventing infection (P = .0066), the researchers found. The reduction in antibody titers was the most pronounced among those who had received B-cell–depleting therapies within the previous 6 months. Kim noted this was a small sample size, with about 10 patients.

CID study subjects taking an antimetabolite, including methotrexate, had an average of a two- to threefold reduction in antibody titers and in neutralization (P = .0006). This reduction was greatest with methotrexate, researchers found (P = .0027).

JAK inhibitors also significantly reduced antibody titers (P = .0066), but the reduction in neutralization of the virus was not significant. In addition, researchers found a reduction in antibody titers, the prevention of viral infection, and circulating plasmablasts among those on tumor necrosis factor (TNF) inhibitors, compared with controls, but these were insignificant statistically except for virus neutralization.

Kim said he hopes the glucocorticoid data spur physicians to try harder to wean patients off the drugs, when possible, in keeping with recommendations already in place.

“The general culture in rheumatology has been very lax about the need to reduce glucocorticoids,” he said. “This reinvigorates that call.” Questions about possible drug holidays from glucocorticoids remain, regarding how long a holiday would be needed, he said. He noted that many patients on glucocorticoids nonetheless mounted responses.

Those on B-cell–depleting therapies present a “much more difficult” question, he said. Some patients possibly could wait a bit longer than their normal, every-6-month schedule, but it’s an individual decision, he said. Since a booster of influenza vaccine has been found to enhance the response even within the 6-month window among ocrelizumab patients, a booster of COVID-19 vaccine might also help, although this remains to be studied.

The study group has already increased its sample size and is looking at adverse reactions and long-term immune responses, Kim said.

Leonard Calabrese, DO, professor of medicine at the Cleveland Clinic in Ohio, said the findings shouldn’t discourage clinicians from encouraging vaccination.

“There’s still a preponderance of people who will develop a robust antibody vaccine response,” he said.

He cautioned that the findings look only at antibodies to the spike protein and at plasmablasts. The reduction in these titers is “of concern,” he said, but “we don’t really know with certainty what are the effects of these drugs, and these data are on the overall biologic protective effect of the vaccine. There’s much more to a vaccine response than anti–spike protein and plasmablasts,” including cell-mediated immune response.

For an individual patient, the findings “mean a lot,” he said.

“I think that people who are on significant prednisone and B-cell–depleting agents, I think you have to share with them that there’s a reasonable chance that you’re not going to be making a response similar to healthy people,” he said. “Thus, even with your vaccine, we’re not going to cut you loose to do things that are violating social distancing and group settings. … Should you be hugging your grandchildren if you’re a rituximab vaccine recipient? I think I would wait until we have a little bit more data.”

Kevin Winthrop, MD, MPH, professor of ophthalmology at Oregon Health & Science University, Portland, where he studies vaccinations in the immunocompromised, said that glucocorticoids tend to have little effect on vaccinations generally at low doses.

When effects are seen they can be difficult to interpret, he said.

“It’s hard to extricate that from the effect of the underlying disease,” he said. The drug can be a proxy for worse disease control.

Although it’s a small study, it’s reassuring that overall the responses were similar to healthy controls.

For B-cell–depleting therapies, his usual guidance is to not give vaccine until a patient is at least 3 months out from their last dose, and not to restart until at least 2 weeks after vaccination.

“It’s not surprising that some of these DMARDs [disease-modifying antirheumatic drugs] do negatively affect vaccine response, particularly B-cell–depletion therapy. We need to do some studies to find a way to overcome that, or optimize delivery of the vaccine.”