A song sung to the tune of ‘Frère Jacques’ could be the ideal way to teach children to wash their hands, according to doctors.

Just 20 seconds long and detailing every step of a perfect hand-washing technique, the tune could stop illnesses spreading in schools.

Attempts to teach children personal hygiene often miss the mark, experts said, so a pair of Canadian researchers and a school-child have devised a new song.

It follows the popular French nursery rhyme with words swapped in to guide children through washing the palms, fingers and backs of their hands. 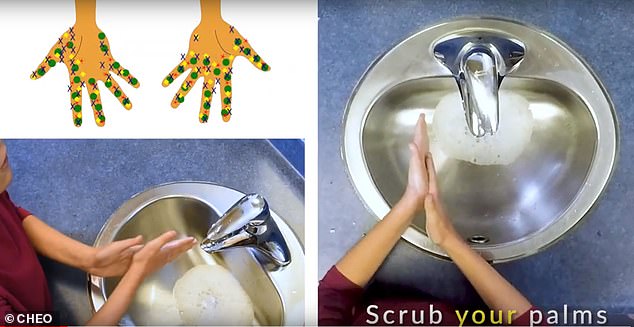 The video shows children how to wash their hands with technique recommended by the World Health Organization, to stop the spread of infections

Professors in Ottawa enlisted the help of eight-year-old Lekha Villeneuve and rewrote the tune, also known as ‘Brother John’, like so:

It follows the World Health Organization’s six-step guide to the perfect way to wash the hands.

This involves rubbing the palms together, rubbing the backs of the hands, interlocking fingers both backwards and forwards, scrubbing the thumbs and washing the fingertips.

Properly washing hands can stop or reduce the spread of common illnesses such as colds, flu or diarrhoea or sickness bugs.

The researchers, from the Children’s Hospital of Eastern Ontario and Jewish General Hospital in Montreal, published their study in the British Medical Journal.

‘Learning through song lyrics, where the instructions are stated before completion of each step, has been shown to produce quicker acquisition of novel skills compared with [written] self instruction.’ 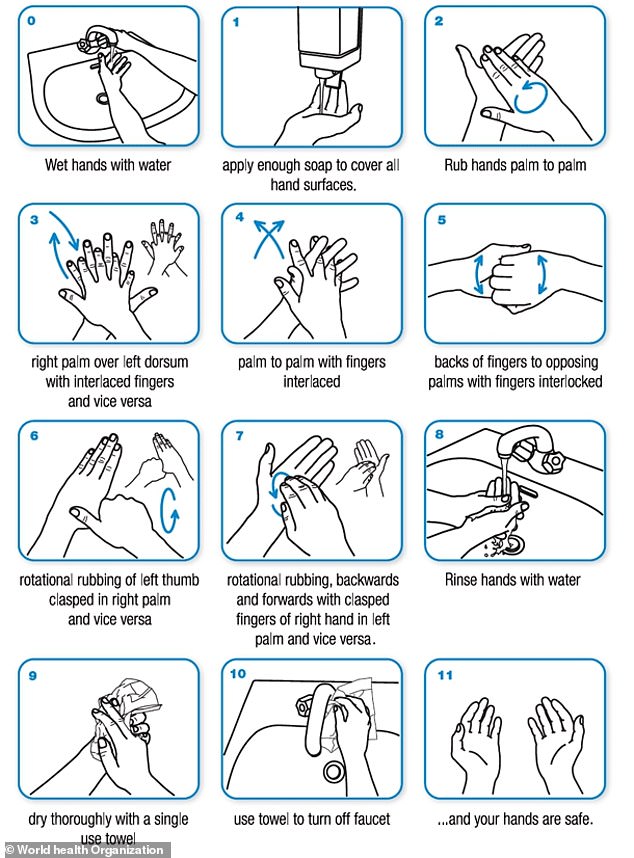 WHAT ARE THE WORDS TO THE HAND-WASHING SONG?

Twirl the tips around,

Scrub them upside down,

WHAT ARE THE WORDS TO THE FRENCH NURSERY RHYME?

Dr Thampi and Dr Longtin said they had looked online for other instructional videos but didn’t find any which ticked all the boxes.

None of them showed the six-step routine with a song, and others were too long, they said.

Lekha, a pupil at a school in Ottawa, helped them to rewrite the Frère Jacques rhyme – also known as Brother John – in a way which young children would be able to understand and remember.

To test their theory they did experiments using fluorescent marking and then testing how much was still on the skin after washing.

They found that washing with the song got rid of most of the fluorescent marker so it could be an effective way of washing bacteria off the hands.

The team said: ‘With its catchy tune and clear, lyrical instructions, our technique offers the opportunity to develop hand hygiene muscle memory, self-correction, and public health gains among children.’

HOW TO WASH YOUR HANDS WITH THE SIX-STEP METHOD

To properly wash your hands using the superior six-step method begin by wetting hands with water and grab either a dollop of soap or hand rub. 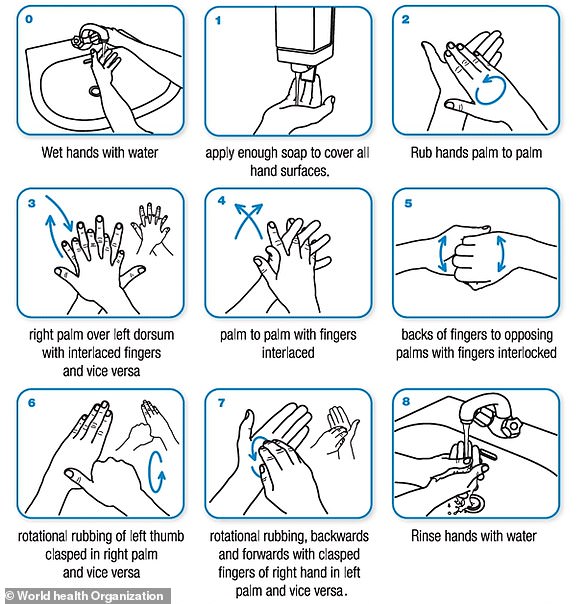