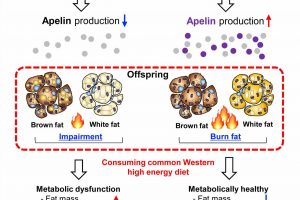 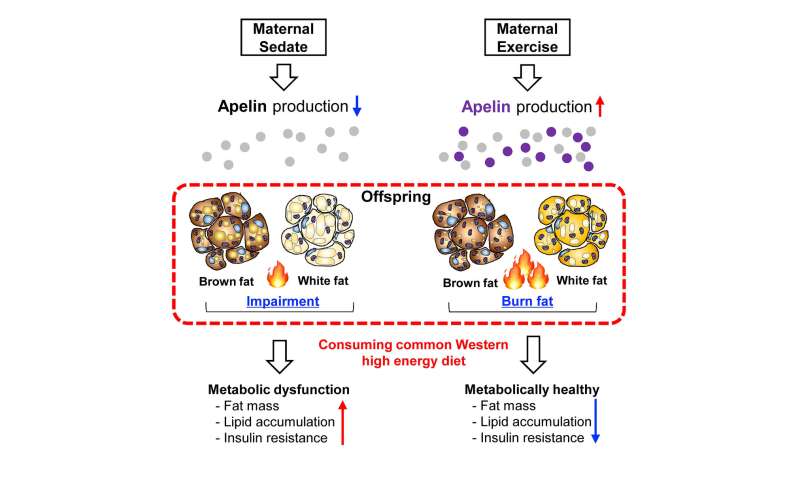 When physically fit women exercise during pregnancy they could be setting their children up for better fitness too.

That’s according to a study published today in Science Advances led by Min Du, professor of animal sciences at Washington State University, and his Ph.D. student Jun Seok Son.

Du and Son’s results show the offspring of physically fit mice that exercised daily during pregnancy not only had a greater proportion of brown fat relative to body weight but also burned white fat off quicker than the offspring of a control group of pregnant mice that did not exercise. This helped prevent obesity and also improved metabolic health.

Their study is unique because up to now, the impacts of exercise during pregnancy on fetal development have only been examined in obese mothers.

“Previous research has shown that exercise among overweight women during pregnancy protects against metabolic dysfunction and obesity in their offspring,” Du said. “This new study shows these benefits may also extend to the offspring of women who are healthy and in shape.”

As exercise during pregnancy is becoming less common and obesity rates in children are increasing among mothers with various body mass indices, the researchers hope their findings will encourage healthy and fit women to continue living an active lifestyle during pregnancy.

“These findings suggest that physical activity during pregnancy for fit women is critical for a newborn’s metabolic health,” Son said. “We think this research could ultimately help address obesity in the United States and other countries.”

In the study, healthy maternal mice were assigned either to a sedentary lifestyle or to exercise daily. Their offspring were then subjected to a high energy/caloric diet. 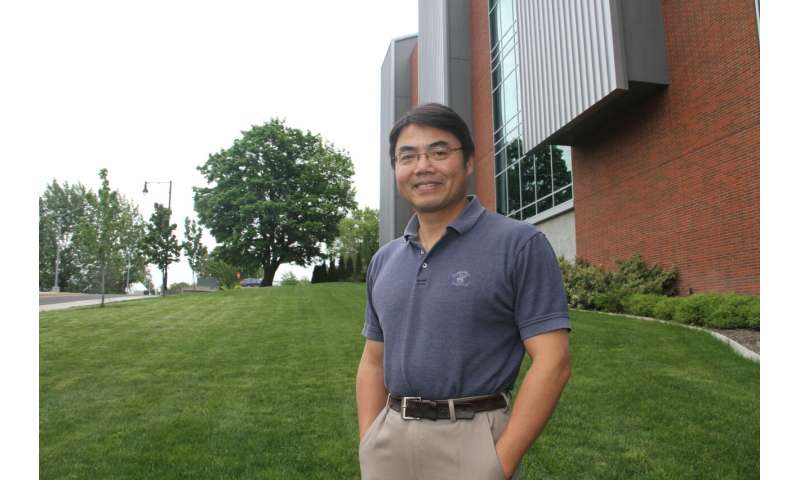 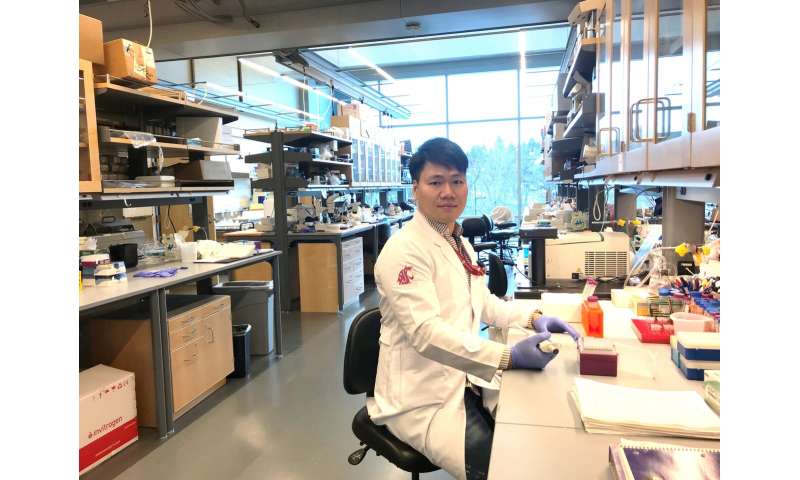 Additionally, there was an improvement in glucose tolerance in the female and male offspring from the experimental group. Glucose intolerance is a precursor to developing diabetes and other obesity-related diseases later in life.

Exercise during pregnancy also stimulated the production of apelin, an exercise-induced hormone, in both mothers and their fetuses. Apelin stimulates brown fat development and improves metabolic health.

Du and Son also found administering apelin to the pregnant mice in the control group mimicked some of the beneficial effects of exercise on their offspring.