Eye and the scalpel: Ocular tumors easier to diagnose noninvasively 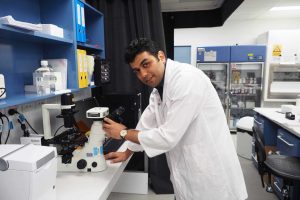 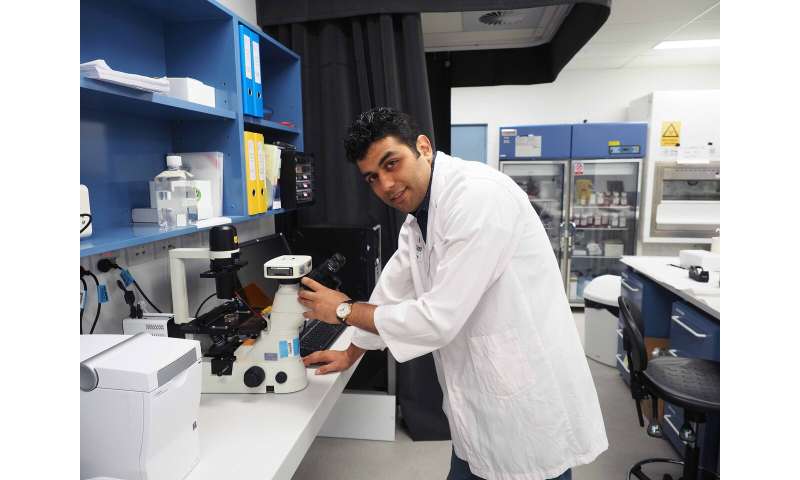 Australia is the sunniest continent on Earth—which is why it also has the highest rates of skin cancer. But plentiful sunlight is also likely responsible for the lesser known ocular surface cancer, which occurs when abnormal cells on the eye grow and divide in an uncontrolled way.

But eye tumors can also be benign—hence, knowing if a growth is malignant or not is crucial. To be certain, an ophthalmologist needs to cut into the eye with a scalpel to take a sample, or biopsy, of the affected area for testing.

“You can imagine how unpleasant it would be if someone has to have a piece of your eye cut out for a biopsy,” said Dr. Abbas Habibalahi, a postdoctoral researcher at the Centre for Nanoscale BioPhotonics (CNBP) node at the University of New South Wales in Sydney. “Afterwards, you need an eyepatch or have blurred vision for a few days, and have to use eyedrops for weeks. Then there’s redness, swelling and the risk of infection.

“So, it’s invasive—but biopsies have other problems,” he added. “One is that it can take about one week for pathology to confirm. Another is that the surgeon has to sample the tumor just right, as they may take the sample from an area that is not cancerous and get a false result.”

That’s likely to change. CNBP has developed an automated, fast and effective way to diagnose a type of eye surface cancer, known as ocular surface squamous neoplasia or OSSN. It relies on shining LED lights with a number of distinct wavelengths at eye tissue: cells in the eye then absorb the light energy and emit a natural glow, known as ‘autofluorescence.” This can be used to distinguish cell structures from each other, since the chemical composition of each structure varies, and this variability shows up in the reflected glow.

A small and highly sensitive camera captures the autofluorescence, and the images are cycled through a computer that uses artificial intelligence to recognize diseased and non-diseased eye tissue, in real time. Because one of the defining characteristics of cancer cells is that they multiply much more rapidly than surrounding tissue, their metabolites—small molecules that power things like growth and signaling—are very different, and give them away.

“We’ve developed not just the technology to scan the eye, but the methodology to identify the biochemistry inside the cells—metabolites like NADH [nicotinamide adenine dinucleotide and hydrogen], porphyrin and flavins—and the difference in their concentrations,” added Dr. Habibalahi, whose work is led by Prof Ewa Goldys, CNBP’s deputy director.

Having previously established how the autofluorescence from ocular surface cancer cells is different from normal eye cells the CNBP researchers built an artificial intelligence classifier that can now instantaneously recognize cancer tissue. A multidisciplinary approach was essential, requiring engineers, ophthalmologists, pathologists and biologists to bring it to fruition.

What’s really exciting is that the technology is excellent at determining the boundary of the ocular surface cancer. This allows an ophthalmologist—when removing a tumor—to know exactly where the diseased tissue is. Currently, removing a tumor usually requires the removal of surrounding healthy eye tissue, in case unseen tumor cells are left behind. Despite this, recurrence rates of ocular surface cancer can be as high as 40%.

“There is no way to identify the boundary of the cancer, yet knowing where the cancer ends is very important,” said Dr. Habibalahi. “Eye tissue is very precious, so the surgeon doesn’t want to sacrifice healthy cells.”