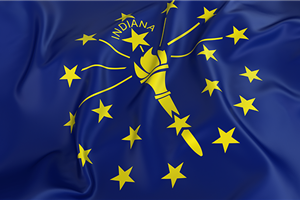 The Regenstrief Institute in Indianapolis, Indiana, faced a challenge: How to make health information from the Indiana Network for Patient Care, the nation’s largest inter-organizational clinical data repository, available more efficiently and effectively to clinicians.

“Imagine the often huge collection of information about a patient as an iceberg,” said Regenstrief Institute Research Scientist Dr. Titus Schleyer. “When the clinician first sees the patient, they only see the very tip of the iceberg – the chief complaint, the clinical presentation or early test results. But clinicians often have little or no time to dig into the underlying information – the part of the iceberg that is underwater – to figure out what other relevant information from the patient’s past may or may not exist.”

In the case of the Indiana Network for Patient Care, which is managed by the Indiana Health Information Exchange (IHIE), the iceberg tends to be quite large. Some Regenstrief patients have records in the system going back 40 years. In addition, more than 100 hospitals, 14,000 practices and nearly 40,000 providers contribute information, so for many patients, there is a tremendous amount of information.

“The potential of simple solutions to have significant impact often gets lost in the hype about artificial intelligence, blockchain, machine learning and many other new ideas. You don’t need a spaceship to pick up milk from the corner grocery store.”

“And, yes, IHIE gives clinicians a tool – called CareWeb – to access that information,” Schleyer explained. “But, CareWeb lives outside of a clinician’s electronic health record and organizes information differently from the EHR. Despite the fact that it takes only one click to access CareWeb from an EHR, we still force clinicians to forage for information relevant to a patient’s problem manually. And that means they have to invest lots of mouse clicks and keystrokes, as well as mental effort and time, to assemble that information.”

So the key question for Regenstrief was: Can it come up with a mechanism to reduce clinician effort to retrieve relevant information by an order of magnitude or more? That way, they will have more time to actually work on the patient’s problem.

Regenstrief knew the key advance was to integrate selected information from the Indiana Network for Patient Care directly into the EHR. That way, the clinician would not have to leave their work context in order to chase that information down.

Years ago, that would have been a difficult proposition. But that was before the advent of the Fast Healthcare Interoperability Resources (FHIR) Standard: With FHIR, Regenstrief could envision a relatively generic tool that could live in many different EHRs, which was one of the organization’s goals, since the members of the Indiana Health Information Exchange operate on many different EHRs, Schleyer explained.

“Using FHIR, we could build a tool that could display information from the Indiana Network for Patient Care directly in the EHR,” he said. “That left the question of what information exactly that tool should display. Clearly, we could not just put all information from CareWeb into the new app. With the help of our clinician colleagues, we figured out the specific patient chief complaints and the associated information that would be particularly useful in the emergency department.”

Regenstrief started by asking its ED colleagues about what patient chief complaints they most often saw and what information was the most important for each chief complaint. So, chest pain came up as the No. 1 chief complaint, and physicians said they wanted to see the last EKG, cardiology note, discharge summary cardiac catheterization report, echocardiogram, stress echocardiogram and nuclear medicine study.

“We built the pilot of the new app around that use-case and clinicians told us that the approach had a lot of promise,” Schleyer recalled. “After the pilot implementation, we added six chief complaints – abdominal pain, weakness/dizziness/headache, back/flank pain, pregnancy, arrhythmia and dyspnea. We also introduced lab results, decreased application response time and made a few other enhancements over time.”

The primary users of the new app are ED physicians, and the provider organization is seeing steadily increasing use. The organization still has to invest more in building awareness and enhancing functionality, but it looks like it is on the right track, he added.

“Some physicians tell me that they are using the new app whenever it is useful, including chief complaints that are not on our list,” he noted. “The reason for that is that the new app puts a few items of interest right at the physicians’ fingertips, and if accessing it saves a few mouse clicks or keystrokes, they will do that.”

But since the new app is written on top of FHIR, Regenstrief also is targeting Epic installations around Indiana. Plus, one health system just wants to run it in a web browser. So, there is a lot of interest around the state that will probably result in fairly broad adoption over time, Schleyer predicted.

“What we have today is the result of a collaboration among the Regenstrief Institute, Indiana University Health and the Indiana Health Information Exchange,” he said. “That collaboration was established in 2016 and we have come quite far. Mostly, the three partners have invested sweat equity into the project, and now IHIE has made the new app part of their product line. That was very gratifying to see, especially since we – together – successfully translated a research idea into a practical and useful product.”

Third, they spend a lot fewer mouse clicks/keystrokes, as well as time. For chest pain, the early version of the app reduced the number of mouse clicks from 50 to 6, and search time from 3 minutes to 10 seconds, in a laboratory experiment. Regenstrief now is down to about 4 to 5 seconds in terms of response time. And last, user acceptance of even the pilot version was quite good. It was a little bit rough around the edges, but basically clinicians told staff: “You are on the right track. Keep going.”

“The FHIR standard, in many ways, was the key to all of this,” Schleyer stated. “It allowed us to build an application that could seamlessly integrate with Cerner. In fact, it integrates so well from a visual and functional perspective that most clinicians are not even aware that they are dealing with a separate application.”

Second, FHIR allowed the institute to bring information from outside Cerner into the EHR, saving a lot of effort on the part of the clinician, Schleyer added. And last, FHIR is, generally, cross-platform, so staff can reuse most of the technology for other EHRs, he said.

“Invest in FHIR as a technological competence,” Schleyer advised. “FHIR is a great platform that has significant potential for solving lots of thorny workflow and functional problems, and enabling some significant innovation. For the past two years, I have been organizing the AMIA/HL7 FHIR Applications Showcase at the AMIA Annual Symposium, and the innovations we have seen presented there have just been outstanding. So FHIR can help us accelerate innovation on top of EHR platforms, which is sorely needed. EHR vendors can’t produce every single innovation and fix that we need in health IT systems. With FHIR, we collectively can.”

Another piece of advice: Think simply.

“From a conceptual and functional perspective, the new app is a very simple application,” Schleyer noted. “But it is impactful. The potential of simple solutions to have significant impact often gets lost in the hype about artificial intelligence, blockchain, machine learning and many other new ideas. You don’t need a spaceship to pick up milk from the corner grocery store.”

And the last thing Schleyer emphasizes is partnerships.

“Sometimes you cannot produce all solutions that you need in-house,” he said. “In our case, the partnership of Indiana University Health, IHIE and the Regenstrief Institute was crucial to making the new app work. Yes, partnerships are work and will sometimes fail – but they also can have enormous potential and impact when they are successful.”