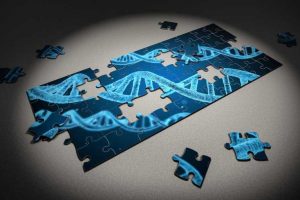 A new study has shown that gene therapy to treat one of the most common hereditary disorders, aldehyde dehydrogenase type 2 (ALDH2) deficiency, may prevent increased risk for esophageal cancer and osteoporosis associated with chronic alcohol exposure. The study, performed in a mouse model of ALDH2, is published in Human Gene Therapy.

In ALDH2 deficiency, proper ethanol metabolism is not possible, and the systemic accumulation of acetaldehyde causes acute abnormalities as well as chronic disorders including esophageal damage that can lead to the development of esophageal cancer, and abnormalities in bone metabolism that can lead to osteoporosis. Compared to the non-ethanol drinking mice, the mice treated with gene therapy who ingested alcohol did not show signs of either the acute abnormalities or the chronic disorders normally associated with ethanol exposure in ALDH2 deficiency.