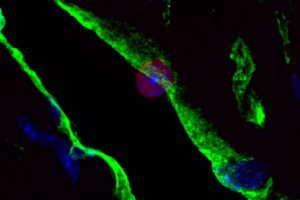 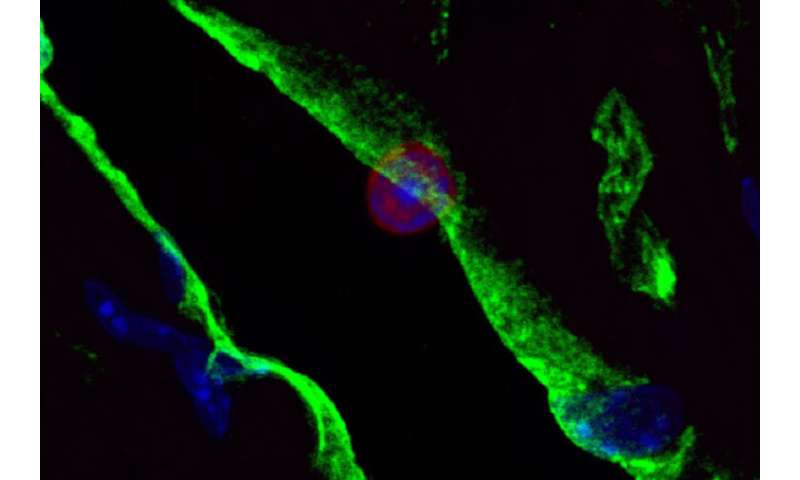 New research in mice suggests that certain immune cells may help guide fetal development of the heart and play a role in how the adult heart beats, according to new research at Washington University School of Medicine in St. Louis.

The findings, published in the journal JCI Insight, may help lay a foundation for immunotherapies that target forms of heart disease.

“This behavior of the immune system B cells has not been described before,” said first author Luigi Adamo, MD, Ph.D., an instructor in medicine. “There appears to be some type of interaction between these B cells and the inner lining of the heart’s blood vessels. Our study sets the stage to start developing B cell-targeted therapies for various forms of heart disease.”

B cells are a type of white blood cell well-known for their role as sentinels that circulate in the bloodstream and manufacture antibodies to fight off infection. As such, they are not thought to be present in healthy tissues.

These sticky B cells still circulate through the heart, the blood and spleen, according to the researchers, but they slow down considerably, taking their time as they transit through the heart vasculature.

“We’re still working to understand why,” Adamo said. “But what was even more surprising was what happened when we removed B cells from the mice.”

When the researchers—led by senior author Douglas L. Mann, MD, the Tobias and Hortense Lewin Distinguished Professor of Cardiovascular Diseases and director of the university’s Cardiovascular Division—analyzed genetically modified mice that lacked B cells, the scientists found that their hearts were smaller and contracted differently than the hearts of normal mice.

The hearts of mice missing B cells relaxed faster and pushed more blood out of the left ventricle with each beat. The scientists also found that in such mice, the number of T cells, a different type of immune cell, doubled in the heart.

Adamo said the study raises the possibility that this type of slowly traveling B cell is present and having an effect in other organs. Further, the findings open the door to possible immunotherapies to protect the heart and other organs that might also see this B cell behavior, according to the researchers.