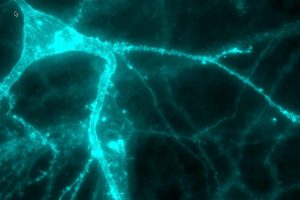 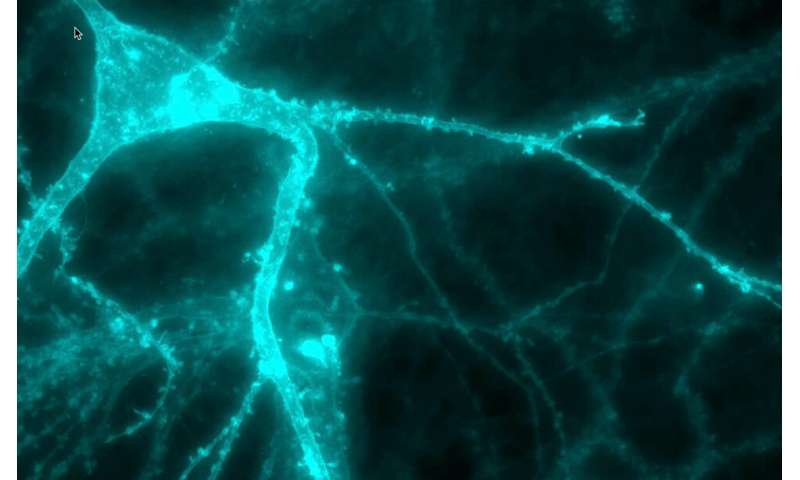 Like people, neurons need to talk to one another. But instead of turning thoughts into words, these cells convert electrical signals into chemical ones. For nearly 30 years, biochemist Edwin Chapman has studied how one protein triggers this crucial conversion.

Now, his team has figured out how mutations in this protein, called synaptotagmin-1 or syt1, can lead to a rare condition known as syt1-associated neurodevelopmental disorder. The scientists’ discovery led them to identify a possible treatment, Chapman and his colleagues report May 1, 2020, in the journal Neuron.

An email prompted the team’s investigation. In 2015, Chapman, a Howard Hughes Medical Institute (HHMI) Investigator at the University of Wisconsin-Madison, received a message from the mother of a two-year-old girl who had learned to walk only with intensive physical therapy, and who could not yet speak or play like a typical child her age.

After testing her daughter, doctors told the mother that a mutation in the SYT1 gene could be the cause. The woman later introduced Chapman to another family who had a child with a similar disorder.

“What was remarkable for me at a personal level was how keen they were to find out exactly what had happened,” Chapman says. “I knew we could figure out the precise problem, and with the support of the parents, we delved into it.” 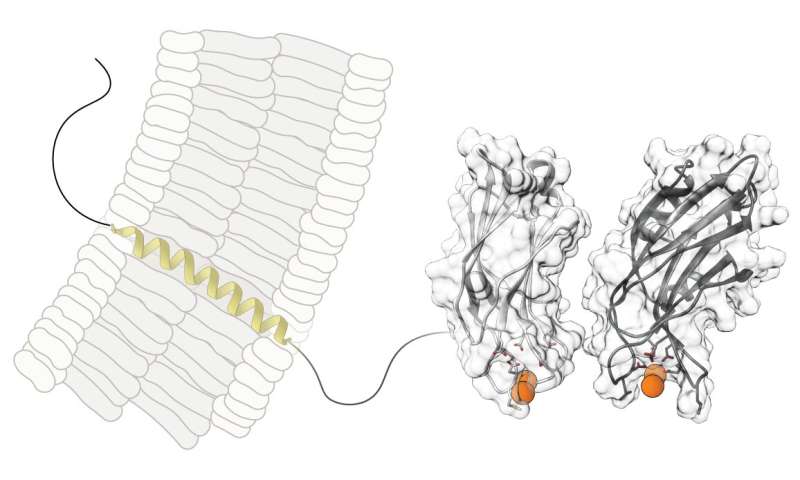 Syt1-associated neurodevelopmental disorder is extremely rare, with only 11 confirmed cases. These patients suffer from a constellation of difficulties, including developmental delays, eye abnormalities, involuntary movements, and agitation that can cause them to hurt themselves.

Chapman and MD/Ph.D. student Mazdak Bradberry’s study of the disorder relied on their research on neurons. Within these cells, information travels as an electrical pulse. When the pulse reaches the end of a neuron, it triggers an influx of calcium ions. Syt1’s job, Chapman’s team had previously shown, is to detect and grab calcium. Then, the protein inserts itself into the neuron’s membrane, and sparks the release of chemicals known as neurotransmitters. These chemicals carry information to the next neuron.

Scientists have studied this process thoroughly, but they know much less about how mutations in the syt1 protein can interfere with neuron-to-neuron communication. Chapman, Bradberry, and their colleagues took a close look at the mutated proteins made by the girl and two other patients.

Lab experiments with neurons in culture dishes showed that each patient’s mutation interfered with neurotransmitter release, but to different degrees. In all cases, however, the altered syt1 protein became less responsive to calcium—in other words, it had a hard time detecting the signal to send out neurotransmitters, the researchers say.

“That made us think that if there was some way we could enhance calcium signaling, we might be able to help compensate for the protein’s defects,” Bradberry says.

He learned that a familiar drug, known as 4-AP, was already approved to treat the disorder multiple sclerosis. Because 4-AP prompts a greater-than-normal influx of calcium into neurons, Bradberry suspected it could help patients with SYT1 mutations.

In preliminary experiments to test the drug’s potential, the researchers used a technique devised by Loren Looger, a group leader at HHMI’s Janelia Research Campus, to make neurons in culture fluoresce when they release neurotransmitters. Neurons containing mutated syt1 proteins flashed only dimly under the microscope. But adding 4-AP boosted their fluorescence.

Because the drug has already been approved by the U.S. Food and Drug Administration, doctors for the three patients should be able to quickly get permission to treat them with it, says Hugo Bellen, an HHMI Investigator at Baylor College of Medicine who was not involved with the study. The new work helps explain how certain genetic errors can disrupt neurotransmitter release and lead to a neurological disorder, he says.

Bradberry has cautiously shared the results of the team’s 4-AP experiments with the patients and their doctors, so they can decide if they want to try it. He and Chapman emphasize that a drug like 4-AP will not cure patients like the three in the study, because it cannot reverse changes that have already occurred in the developing brain. However, it might reduce symptoms.

“Behaviors seen in this condition, like self-injurious hitting, impact patients’ and caregivers’ lives, and it’s possible these could be addressed by whatever treatment we are able to offer,” Bradberry says.