Mother suffered 18 miscarriages because of her heart-shaped womb 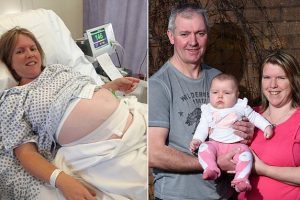 Mother, 44, who suffered 18 miscarriages because of her heart-shaped WOMB finally gets her wish of completing her family with a fifth child

A mother who suffered 18 miscarriages because of her heart-shaped womb has finally had her dream fifth child.

Kate Ingram Woolf, 44, of Leominster, Herefordshire, gave birth to Edith last August after one decade of trying to complete her family.

She always wanted a huge brood but faced devastating losses over and over again, which even tore apart her first marriage in the late 90s.

After a 16th miscarriage, doctors found Mrs Ingram Woolf had a bicornuate uterus – which leaves a baby little room to grow.

She lost all hope of ever completing her family after suffering two more miscarriages in 2017 with her husband of three years, Steve, 52.

But after her six-month-old daughter Edith was born, Mrs Ingram Woolf can’t quite believe she finally has the family she fantasised about as a teenager. 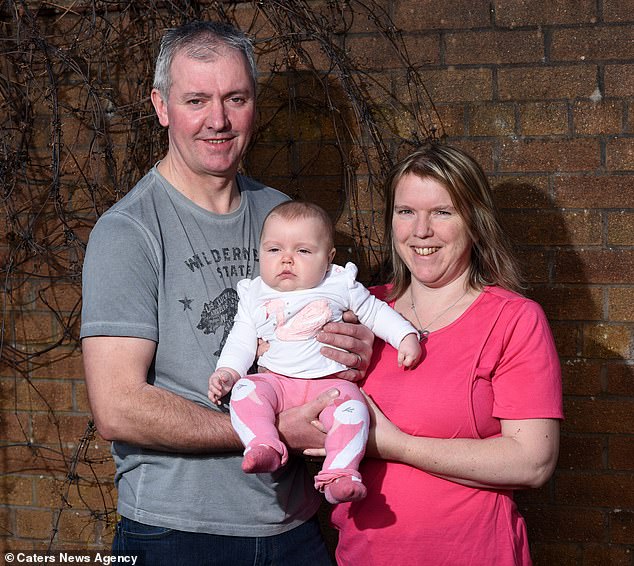 Kate Ingram Woolf, 44, from Herefordshire, has finally given birth to her fifth and final child, Edith (pictured), after two decades of trying – including four successful pregnancies and 18 miscarriages. She is pictured with her husband of three years, Steve, 52 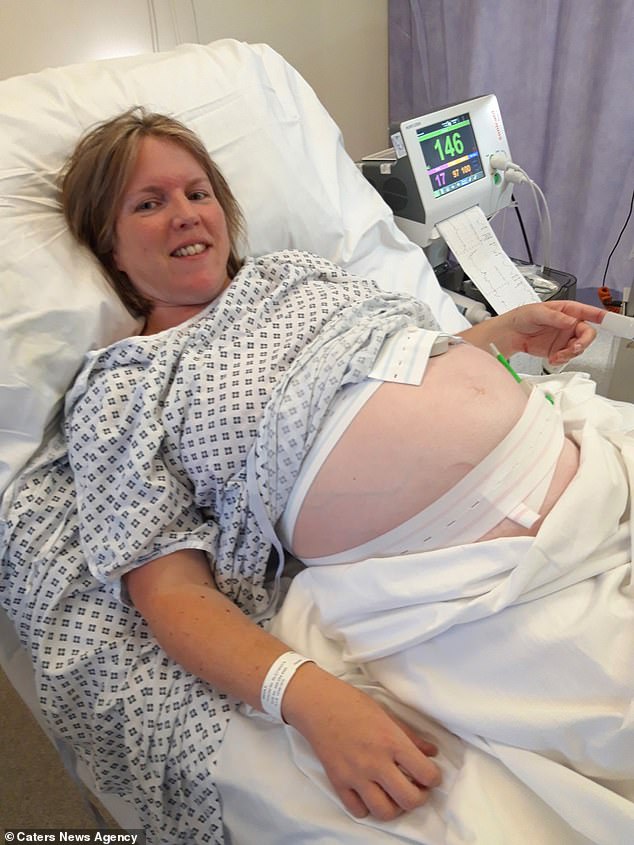 Mrs Ingram Woolf, from Herefordshire, didn’t want to get excited when she got pregnant because she feared losing her baby. She is pictured pregnant with Edith 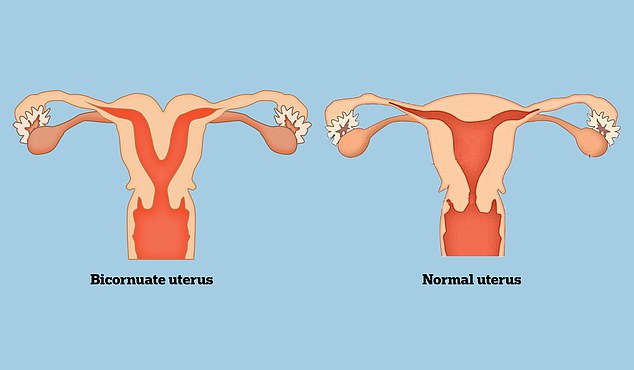 Mrs Ingram Woolf has a bicornuate uterus, or ‘heat-shaped womb’, an abnormality believed to strike one in 1,000 women. The uterus has two cavities (left) instead of one large cavity (right)

Mrs Ingram Woolf, who is on maternity leave from her job as a care assistant, said: ‘I had always wanted a big family and when I was going through the miscarriages, it just made me want children even more.

‘I became obsessed with wanting a bigger family. After going through 18 miscarriages, I just wanted to keep on trying and hoped that one day I would have my perfect little family that I do now.

‘I’m so lucky to have my perfect little family after all this time.

‘The children were all so excited when they found out I was pregnant and even more so when I finally gave birth and she was healthy.

‘They are all so happy to have a little sister and now that she is here, it finally feels real.’

Mrs Ingram Woolf began trying for a third child in 1997 after having two successful pregnancies with her first husband – who hasn’t been named. Her first two children are called Jasmine, 25 and Kristopher, 23.

Around one in 200 women experience recurrent miscarriage, according to the UK’s leading baby charity Tommy’s. It’s defined as the loss of three or more consecutive pregnancies.

After Mrs Ingram Woolf’s first miscarriage, tests were done but they did not find her abnormal womb shape.

Blood tests are usually done in the initial stage, to find problems such as blood clotting disorders.

When a number of tests came back with the all-clear, Mrs Ingram Woolf was left to believe it was ‘just one of those things’.

Mrs Ingram Woolf suffered a late miscarriage which led to the breakdown of her relationship.

She said: ‘I found out I had lost the baby at 16 weeks and that was probably the hardest one for me.

‘I had to go and sit in a hospital room surrounded by all of these women who were pregnant and be told that my baby was no longer alive. 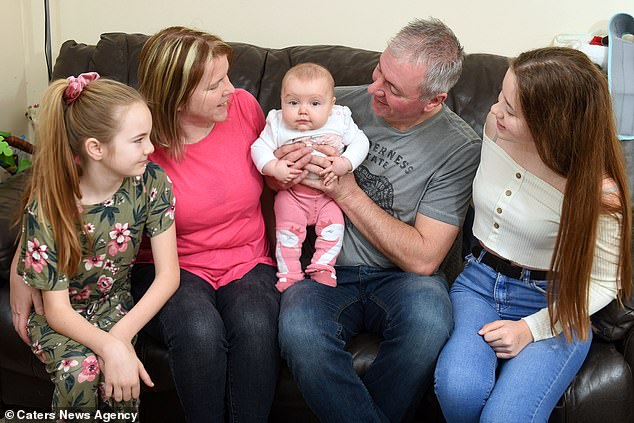 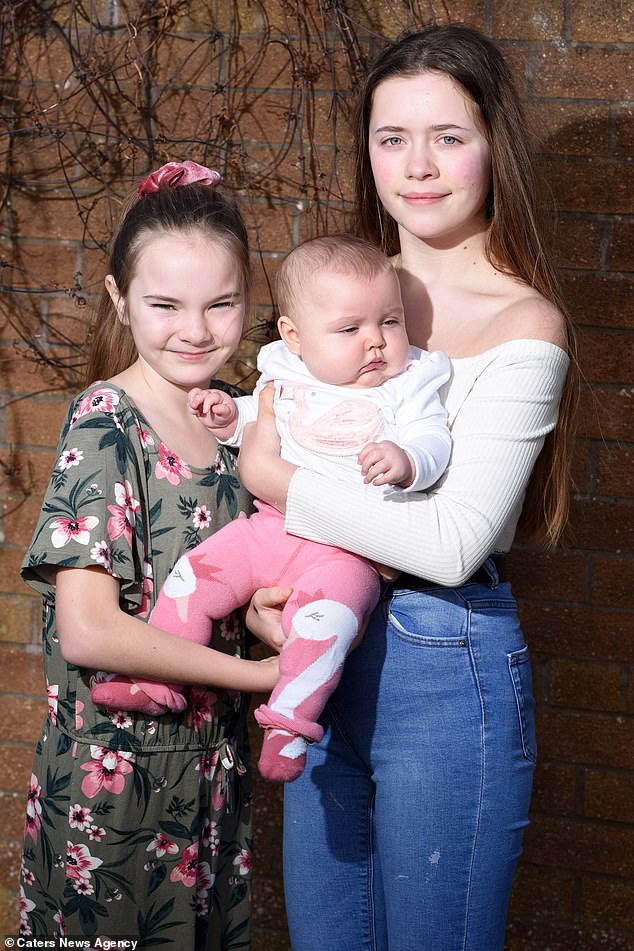 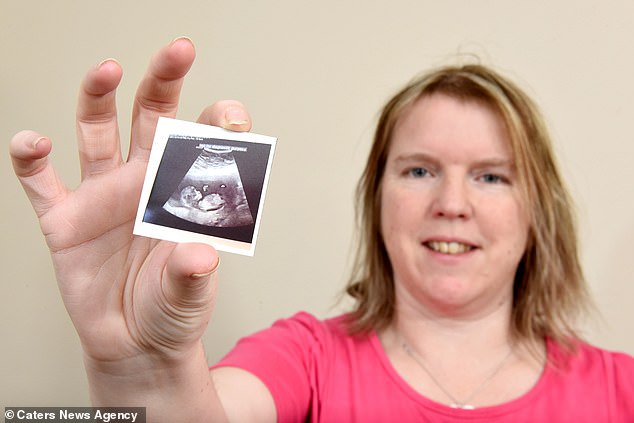 Mrs Ingram Woolf then had her 16th miscarriage, which is when doctors ran more tests and found a bicornuate uterus. She is pictured holding a scan of Edith

‘It was definitely part of the reason why my first marriage came to an end- I became obsessed with getting pregnant and it was all I wanted.

WHAT IS A BICORNUATE UTERUS?

Figures suggest three per cent of women are born with an irregular uterus, of which a heart-shaped womb is one of the most common defects.

A bicornuate uterus – the medical name for a heart-shaped womb – is an abnormality believed to strike one in 1,000 women.

Experts say having the unusual-shaped womb does not cause extra problems with conception but there is a slightly higher risk of miscarriage.

However, women with a bicornuate womb are often urged to have a C-section because it can affect the way their baby lies in pregnancy.

Turkish doctors were astounded when they came across a woman with a bicornuate uterus who gave birth to twins in 2013.

The team at Kütahya Dumlupinar University published the tale in the journal Case Reports in Obstetrics and Gynecology.

Writing in the publication at the time, they said: ‘To date, there are only 12 reported cases of twin pregnancy in bicornuate uterus.’

‘After my miscarriages, I suffered from postnatal depression despite never giving birth because my hormones were all over the place.’

The couple divorced, and Mrs Ingram Woolf went on to have one child, Freya, 14 with her next partner in 2005.

Mrs Ingram Woolf said: ‘I was terrified when I was pregnant because I never believed that it was real and I always thought I would lose it again.

‘I wish I could have been excited but it was impossible given the circumstances.’

Mrs Ingram Woolf then had her 16th miscarriage, which is when doctors ran more tests and found a bicornuate uterus.

Mrs Ingram Woolf would have been born with a bicornuate uterus, an abnormality believed to strike one in 1,000 women.

The condition raises the odds of recurrent miscarriage and preterm birth for reasons that aren’t clear. Some believe it is due to irregular contractions of the womb, or because of the reduced capacity in the womb.

The uterus has two cavities instead of one large cavity.

Mrs Ingram Woolf said: ‘I had been blaming myself for so long, thinking that I had done something wrong, so to find out that this could be the reason behind it was both relieving but sad because there was nothing I could do about it now.’ 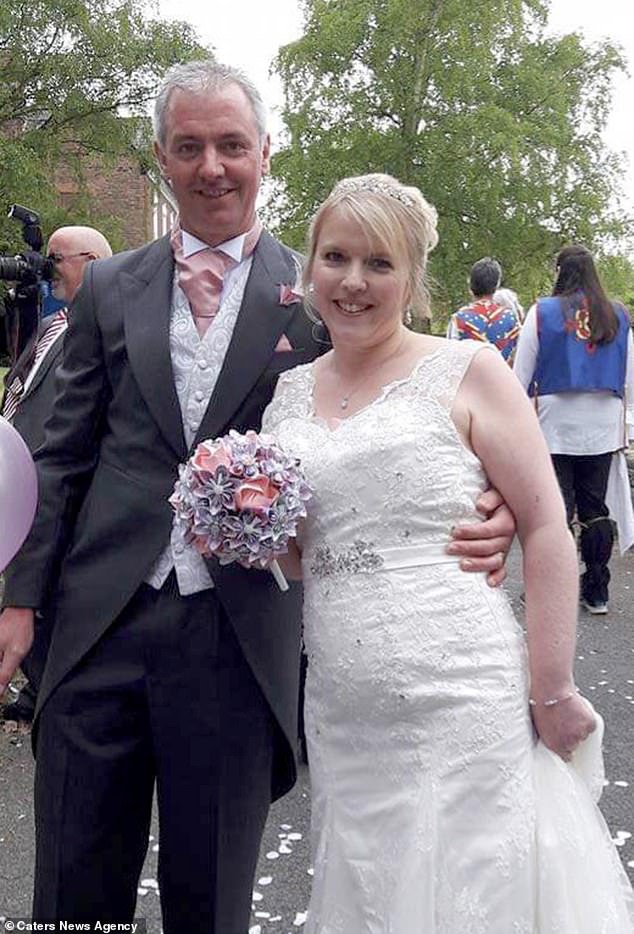 Mrs Ingram Woolf got married to Steve, a self-employed carpenter, in 2017 (pictured). The same year they began trying for a baby 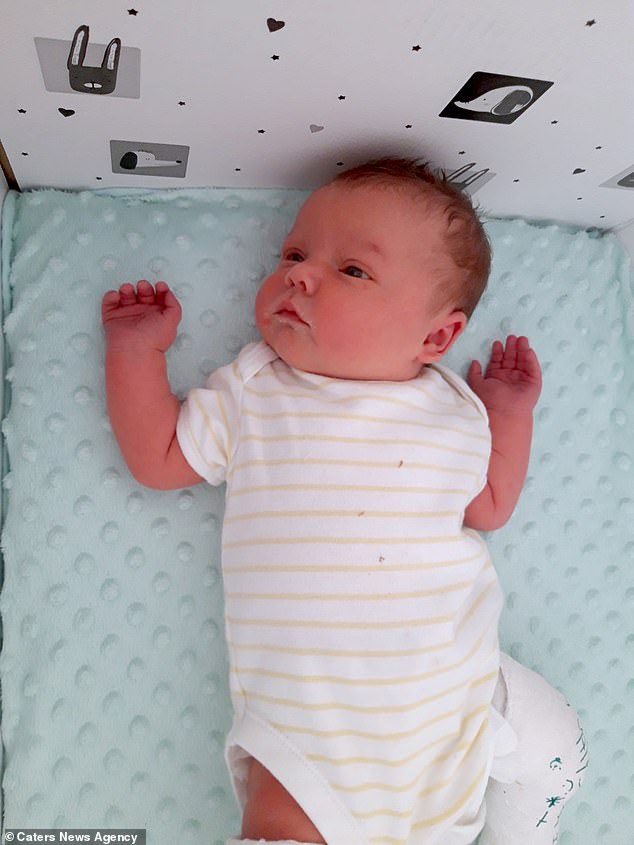 Mrs Ingram Woolf said: ‘We were told that Edith may have all of these problems with her bowels, kidneys and feet but she was perfectly healthy and she’s just amazing’

In 2009, Mrs Ingram Woolf split from her partner and went on to have her fourth child Olivia, 10, with her next partner.

Mrs Ingram Woolf got married to Steve, a self-employed carpenter, in 2017. The same year they began trying for a baby.

While Mrs Ingram Woolf already had four children from previous relationships, she wanted a baby with Mr Ingram Woolf to create her dream family.

Between 2017 and 2018, Mrs Ingram Woolf had two more miscarriages, leaving them close to giving up.

Mrs Ingram Woolf said: ‘We were absolutely devastated but we decided we would try again.’

When she finally got pregnant, Mrs Ingram Woolf had to have scans every two weeks to help settle her mind and reassure her that everything was fine.

She said: ‘I hated being pregnant because I was so scared of what might happen and I just wasn’t convinced that it was real.

‘My husband Steve, was excited but I didn’t want to get too excited because I didn’t believe it.’

After giving birth, Mrs Ingram Woolf told her husband that she would never put herself through pregnancy again.

She added: ‘I can’t believe Edith is here and healthy and I finally have my perfect family I had always dreamed of.

‘We were told that Edith may have all of these problems with her bowels, kidneys and feet but she was perfectly healthy and she’s just amazing.’

Babies born to mothers with a bicornuate uterus may have a greater chance of birth defects compared to those born to women without the condition.

Birth defects change the shape or function of one or more parts of the body, and it may be because the space for the baby to grow is not optimal.

One study in 1988, by Universidad Complutense, Madrid, suggests the risks are four times higher.