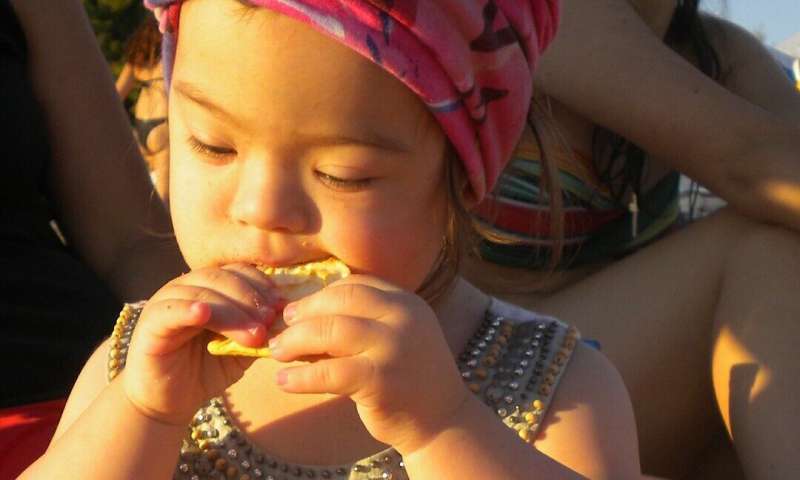 A team of researchers led by Dr. Victoria Puig from the Hospital del Mar Medical Research Institute (IMIM), which also involved the Centre for Genomic Regulation (CRG), has studied the neural basis of intellectual disability in mice with Down’s syndrome and has discovered that the neural networks of brain circuits relevant to memory and learning are over-activated and that the connectivity of these circuits is poor.

The researchers have also observed that neural activity during sleep is abnormal and probably interferes with memory consolidation. Additionally, the study identified biomarkers in brain rhythms that can predict memory deficits in the mice that are corrected by chronic treatment with a natural component of green tea, epigallocatechin gallate, which other studies have already shown to improve executive function in adults with Down’s syndrome.

“These results suggest that both hyperactivity of neuronal networks and deficiencies in the connectivity of specific brain circuits are possible dysfunctional mechanisms that contribute to memory deficits in Down’s syndrome, and therefore, offer new therapeutic possibilities for treating intellectual disability,” explains Dr. Victoria Puig, researcher in the Integrated Pharmacology and Systems Neuroscience Research Group at the IMIM.

Researchers have recognised that epigallocatechin gallate corrects certain alterations at the molecular and cellular levels derived from the trisomy of chromosome 21 that are associated with cognitive deficits in Down’s syndrome. However, a dynamic description of the actions of epigallocatechin gallate on neural activity during distinct brain states was lacking. So this is the first investigation of mouse brain response to chronic treatment with epigallocatechin gallate at a functional level in trisomy conditions.

The study involved recording neuronal activity simultaneously in the prefrontal cortex and the hippocampus, two brain regions critical for learning and memory, in trisomic and non-trisomic mice during periods of rest while awake, asleep, and during the performance of a simple memory task. The data was collected before and after one month of treatment with epigallocatechin gallate, and the alterations in the activity of the neuronal networks in the two regions as well as the connectivity of the circuitry correlating with memory capacities were analyzed and found to have been corrected with the green tea extract.

According to Dr. Mara Dierssen from the Cellular and Systems Neurobiology lab at the CRG, “This study provides an in-depth description of the neurophysiological abnormalities present in different brain states in Down’s syndrome model mice and provides the keys for understanding the cellular mechanisms underlying the improved executive function observed in people with Down’s syndrome after chronic treatment with epigallocatechin gallate.”

Dr. Maria Alemany, first author of the paper and also a researcher in the IMIM’s Integrated Pharmacology and Neuroscience Systems research group, says, “The group is evaluating the effects of cognitive stimulation during brain development on the neuronal activity of mice with Down’s syndrome. This is important for understanding the cellular mechanisms of cognitive stimulation that are normally used in people to improve intellectual disability.”