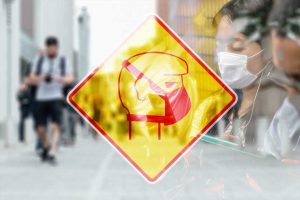 New York’s governor Andrew Cuomo said Thursday that the populous US state’s coronavirus death tally has jumped to 385, with 100 fatalities in the past day.

New York is at the epicenter of America’s coronavirus battle and the state has now counted 37,258 positive cases, as it scrambles to prepare hospitals and create overflow capacity for an influx of new patients.

The grim announcement comes hours after the total US death toll surpassed 1,000, with more than 69,200 cases, according to Johns Hopkins University’s tally.

Cuomo emphasized that 25 percent of all tests have been conducted in New York state, and expressed disappointment that the federal government had not allocated more resources for it in its $2 trillion virus relief bill.

The governor also told journalists the state has received approval to “split” ventilators between two patients, and convert anesthesia machines to ventilators for intensive care patients, if necessary.

He said medical personnel were finding that patients need more time than expected on ventilators, sometimes 20 to 30 days.