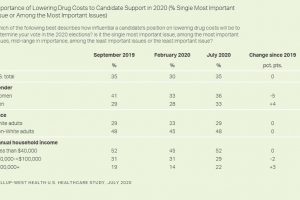 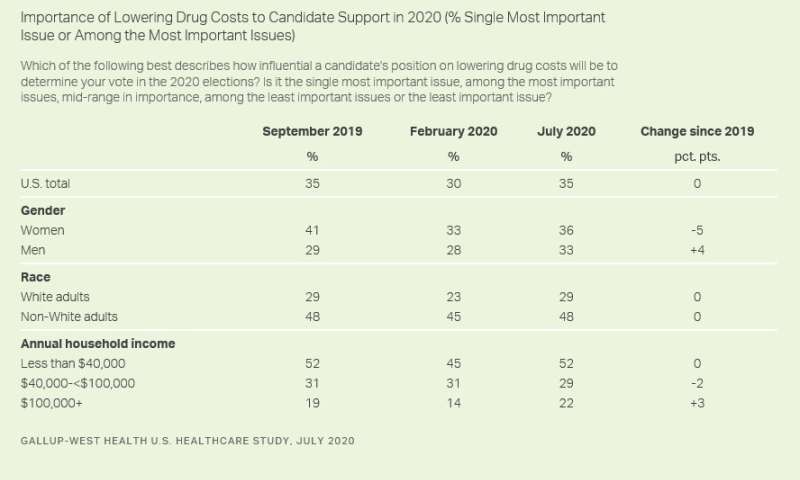 As the COVID-19 pandemic continues to put lives and livelihoods at risk, 1 in 2 Americans say they fear a major health event could lead them to file for bankruptcy, marking a 5% increase since 2019. The new research comes from the West Health-Gallup U.S. Healthcare Study, an ongoing series of surveys on the impact of high healthcare costs on American lives.

The survey found the fear of bankruptcy runs even higher for members of minority groups and younger people. Nearly two-thirds (64%) of people of color report being extremely concerned or concerned about bankruptcy, a 12% increase over last year. Fifty-five percent of adults 18 to 29-years-old share these concerns, up from 33% in 2019.

“Rising healthcare costs continue to pose a significant threat to millions of Americans and the pandemic has only made the situation worse,” said Tim Lash, chief strategy officer of West Health. “With so many Americans fearing they are but one health event away from bankruptcy, it’s more urgent than ever for policy makers to finally address the healthcare cost crisis before it gets even more out of control.”

Amid rising concerns about health-related bankruptcy, 15% of adults report that at least one person in their household currently has medical debt that will not be repaid—either in full or in part—within the next 12 months. This includes 12% of White adults and 20% of non-White adults. This kind of medical debt is highest among those in households with annual incomes less than $40,000 (28%).

Another 26% of Americans report that they would need to borrow money to pay a $500 medical bill—a number that grows to 43% among people of color and 46% among those living in households with annual incomes less than $40,000 per year.

Drug Pricing Continues to be Top Issue for 35% of Voters

The high cost of healthcare is likely to continue to play a big role in this year’s election. The share of Americans citing lower prescription drug costs as the single most important issue or among the most important issues influencing their vote in 2020 has increased by 5 percentage points, to 35%, from February. The issue remains particularly important among non-White adults (48% vs. 29% for White adults), as well as among households with less than $40,000 in annual income (52%).

“These latest findings illustrate the widespread extent of concern about how catastrophic health events can create financial ruin and the disproportionate impact felt by non-White Americans,” said Dan Witters, Gallup senior researcher. “As election season intensifies, the lived experiences and priority that Americans place on healthcare cost issues will be very hard for candidates and leaders to ignore.”