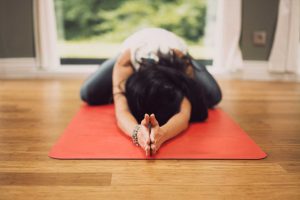 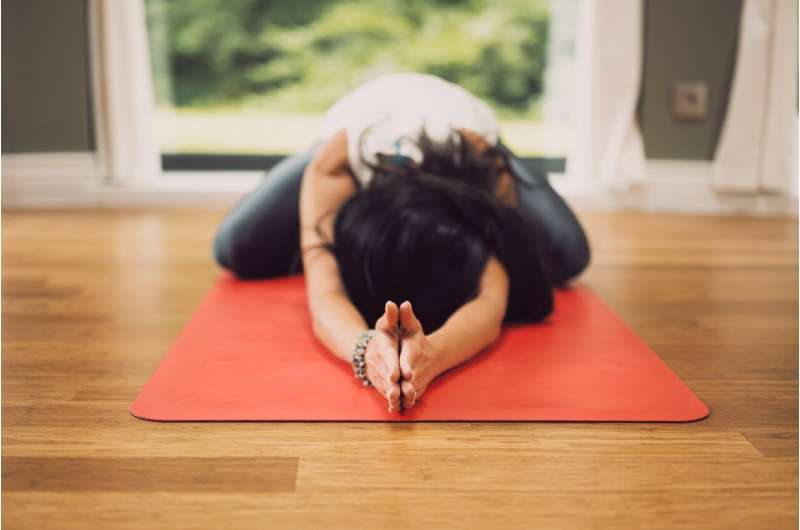 In this age of remote work, virtual meetings, and telemedicine visits, add yoga to the list of things you can do effectively without leaving home.

Rutgers-led research studies reveal a pair of popular online programs significantly reduced anxiety, depression, and stress in hundreds of study participants, while increasing their overall well-being and improving their mood.

“Yoga’s benefits are well-documented, but we wanted to see how these online programs stack up,” said lead author Tracy Chang, an Associate Professor in the Rutgers School of Management and Labor Relations. “What we found is very encouraging. Most participants reported improvements in their mental health in as little as two weeks.”

A study published in Applied Psychology: Health and Well-Being measured the effectiveness of online Upa Yoga. The research focused on two specific Upa practices: Yoga Namaskar (standing poses, squatting postures, kneeling forward bends, and arm movements to strengthen the muscles of the hands, legs, and back) and Nadi Shuddhi (a seated practice that involves alternate nostril breathing and awareness of breath).

At the height of pandemic lockdowns in 2020, Chang and her colleagues recruited 679 college students nationwide to learn and practice three cycles of Yoga Namaskar and four minutes of Nadi Shuddhi at least three days a week by following along with the Isha Foundation’s online videos.

“We used a crossover design and split the students into two groups,” Chang said. “Half the students got started on the yoga right away. The other half, our control group, did not. The yoga group reported improvements during the first four weeks, while the control group saw no change until they started doing yoga in the fifth week.”

Across the full 12-week study, students reported a significant, sustained reduction in stress and a cumulative increase in well-being compared to their baseline. The students also reported lower depression and improved mood, though these effects took longer to appear.

The results are encouraging because online Isha Upa Yoga is short, simple, self-paced, and free, Chang said. Since participants saw improvement in just a few weeks, it may be especially helpful for managing short-term stress.

Chang and her colleagues surveyed 347 people who enrolled in the four-week program in late 2018 and early 2019. On average, participants saw a 19% increase in vitality, a 17% increase in mindfulness, and a 14% increase in joy. Their average number of days with sleep disturbances dropped by 25%.

The researchers also measured work-related outcomes in 263 of the participants. On average, they reported a 15% increase in the feeling that their work is meaningful, a 13% increase in work engagement (vigor, dedication, absorption), and a 5% increase in psychological capital (self-efficacy, hope, resilience).

However, participants showed no significant improvement in work-related optimism.

A Harvard-led study, co-authored by Chang and published by Evidence-Based Complementary and Alternative Medicine, found that Inner Engineering Online significantly reduced stress for participants who were diligent about doing the program routinely.