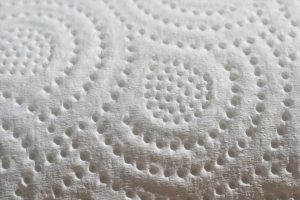 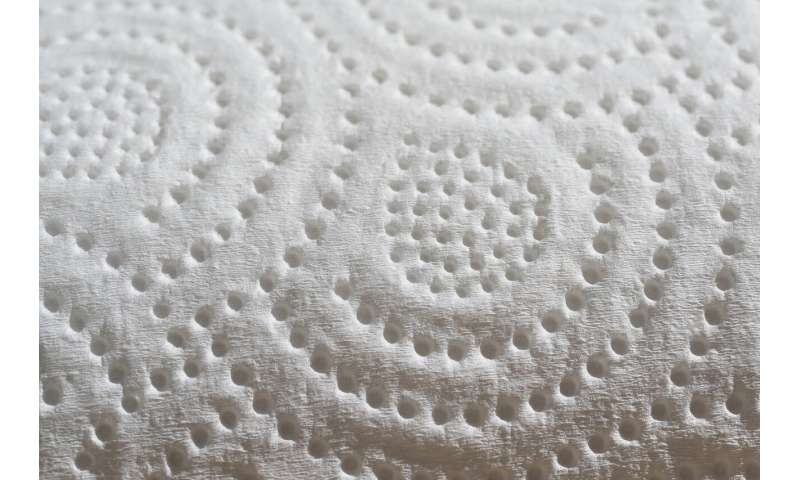 Research due to be presented at this year’s European Congress on Clinical Microbiology and Infectious Diseases (ECCMID) shows that using paper towels is substantially more effective than jet dryers for removing microbes when still contaminated hands are dried. The study is by Dr. Ines Moura, University of Leeds, UK, and colleagues Duncan Ewin and Professor Mark Wilcox, from the University of Leeds and Leeds Teaching Hospitals NHS Trust.

Hand drying is important to minimise the spread of dangerous microbes—including the novel coronavirus—since failure to remove them increases transfer to environmental surfaces and increases the opportunities for transmission and spread. In this study, the authors investigated whether there are differences in extent of virus transmission, according to hand drying method, beyond the toilet/washroom to the hospital environment.

Four volunteers simulated contamination of their hands/gloved hands using a bacteriophage (which is a virus that infects bacteria—and so is harmless to humans). Their hands were not washed after contamination—this was to simulate poorly/inadequately washed hands. Hands were dried using either paper towels (PT) or a jet air dryer (JAD). Each volunteer wore an apron, to enable measurement of body/clothing contamination during hand drying. Hand drying was performed in a hospital public toilet and, after exiting, samples were collected from public and ward areas.

Environmental/surface sites (n=11) were sampled following contact with hands or apron. The sites samples were doors (both push- and pull-type doors), stairs handrails, lift buttons, chairs in public and ward areas, phones, buttons on access intercoms to wards, stethoscope tubing, stethoscope head piece and chest piece, the aprons themselves, and armchairs that had been indirectly in contact with the apron. For the latter, volunteers were asked to cross their arms across their chest while using the apron, before resting on the arms of the chair.

The team found that both JAD and PT methods statistically significantly reduced virus contamination of hands (by ~100 and ~1000 virus units/µl, respectively, see figure in full abstract). For 10 out of 11 surfaces, significantly greater environmental contamination was detected after JAD versus PT use. All surfaces sampled following JAD use showed phage contamination, compared with only six surfaces after PT use. Average surface contamination following hand contact was more than 10 times higher after JAD versus PT use (shown by a difference of 1.1 on the log scale: 4.1 vs 3.0 log10 copies/µl). Viral dispersal to apron/clothing was 5-fold higher with JAD compared to PT (3.5 and 2.8 log10 copies/µl, respectively). Phage transfer from apron to the armchairs via the crossed arms was detected only after JAD use (average 3.2 log10 copies/µl). This suggests transference of microbes to environmental surfaces can occur directly from hands that remain contaminated after hand drying, but also indirectly from a person’s body that has itself been contaminated during hand drying.

The authors conclude: “There are clear differences, according to hand drying method, in the residual microbial contamination of the subject’s hands and body. Crucially, these differences in contamination translate into significantly greater levels of microbe contamination after jet air drying versus paper towel use from hands and body beyond the toilet/washroom. As public toilets are used by patients, visitors and staff, the hand drying method chosen has the potential to increase (using jet dryers) or reduce (using paper towels) pathogen transmission in hospital settings.”

They also note their findings have particular importance since there has been a general migration from use of paper towels to hand dryers in many settings and areas of the world, especially within healthcare environments in the UK. Both U.K. NHS and WHO hand washing guidelines recommend use of a paper towel to dry hands (and also using a paper towel to turn off the tap).