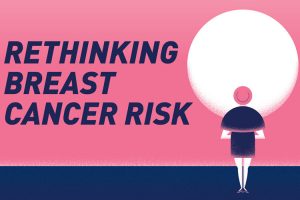 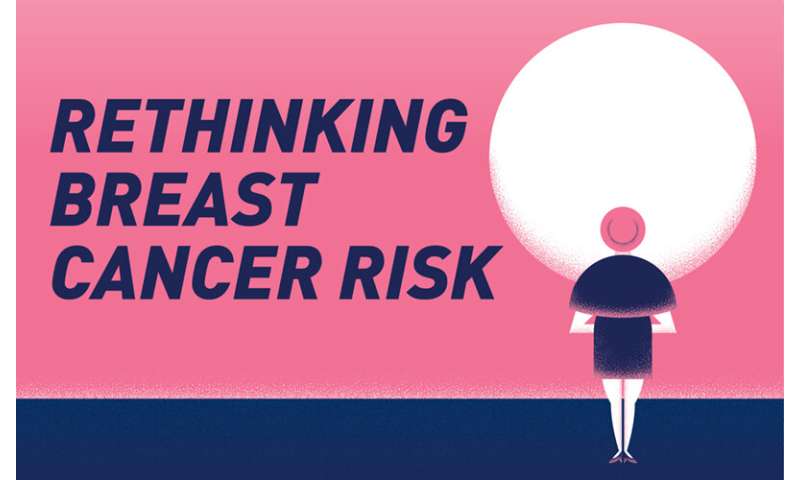 In October each year, pink ribbons become more prominently displayed on clothing and street corners, the symbol of an international movement to raise awareness about breast cancer. The debilitating disease, which impacts some 2.1 million women each year according to the World Health Organization, is not untreatable, but must be diagnosed early to increase the chances of survival.

Predictive models based on genetics can also help clinicians identify women most at risk of developing breast cancer so that appropriate screening methods and intervals can be recommended. However, many current methods of breast cancer risk assessments rely on the reporting of family history and the identification of rare gene variants. This may limit the accuracy of prediction and restrict the overall impact of breast cancer screening programs.

Jingmei Li, a Senior Research Scientist at A*STAR’s Genome Institute of Singapore (GIS), wants to expand the toolkit for calculating an individual’s breast cancer risk with a risk scoring system that accounts for the cumulative effects of common gene variants. In this interview with A*STAR Research, the 2017 Young Scientist Award winner shares how she became interested in breast cancer research and explains the importance of leveraging genetics to peek into the future of women’s health.

1. Why did you choose breast cancer as a research topic?

While I was a graduate student at Karolinska Institutet, Sweden, I was drawn to a group of brilliant clinicians and researchers who were really passionate about the work they were doing for breast cancer patients. I felt that they went above and beyond the science and genuinely cared about their patients. The energy was positively contagious!

I found even deeper motivation when I shadowed a breast cancer surgeon in Singapore as he met with women who had been screened for breast cancer. It was only for a day, but I experienced first-hand the anxiety of the patients as they came in for their consultation with the surgeon, not knowing what diagnosis they would be given. I had to fight back my own tears when the lucky ones cried with relief upon hearing that they did not have breast cancer.

2. Why do you think it is important to study breast cancer in the Asian context?

The bulk of genetic knowledge on breast cancer available today is derived from studies performed on participants of European descent. Less than 14 percent of such studies involved Asians. The frequencies of disease-associated SNPs can vary greatly between populations; simply transplanting the findings from European-based population genetics studies to the Asian context could, therefore, lead to inaccurate risk estimates and limited clinical utility.

Apart from genetic susceptibility to disease, Asian women are substantially different from women of European ancestry in nearly all aspects of life, including lifestyle, reproductive profile, cultural and religious beliefs related to health, socioeconomic status and drug metabolism and response. Major differences are also known to exist within ethnic subgroups.

Among the three main ethnic groups in Singapore, Chinese women are at higher risk of developing breast cancer in comparison to their Malay and Indian counterparts. However, Chinese breast cancer patients were less likely to die from breast cancer compared to Malays and Indians.

3. What is the key problem you are trying to solve as a geneticist studying breast cancer?

My work focuses on the prevention or early detection of breast cancer. A lot of money and attention has gone towards finding treatments for the disease, but not enough has been said and done about preventing cancer in the first place.

Current measurements for genetic risk rely on family history, not genetics. This means that a woman is considered to be at higher risk only when she has family members who have had breast cancer. However, as family sizes are shrinking and families become more distant, retrieving an accurate family history is becoming more difficult. A person’s genome, on the other hand, can be more informative about the person’s medical history and, aptly, medical future as well.

In my projects, I scrutinize DNA to look for genetic differences that determine who is likely to get breast cancer and who is not. My aim is to discover novel susceptibility markers and mechanisms relating to breast cancer development and progression. Knowing what makes the time bomb of breast cancer tick will ultimately be helpful in stratifying the population according to the likelihood of getting the disease, so that resources can be reallocated to diagnosing high-risk individuals.

4. Tell us more about your research to develop better genetic screens for assessing breast cancer risk.

Over the past decade, I have been deeply involved in identifying common genetic variants, or single nucleotide polymorphisms (SNPs; pronounced as ‘snips’), that are linked to breast cancer. Individual SNPs contribute only a marginal effect to breast cancer risk, but collectively, they provide tangible and actionable insight for grouping women according to their predisposition to breast cancer. In total, the breast cancer research community has found 313 of such SNPs to date.

A woman who knows if she has a high genetic risk of developing breast cancer in her lifetime can make lifestyle changes to prevent cancer. More importantly, she can make conscious and informed choices about when and whether to go for mammography, which has been shown to save lives through the early detection of breast cancer. The survival rate for women whose breast tumors were discovered early is almost 100 percent.

5. Going forward, what other related research questions will you be pursuing?

The heritability of breast cancer (due to shared genetics) is only estimated to be approximately 30 percent. If a disease is only 30 percent genetic, then it can never be 100 percent predicted. Much remains to be explained as genetic events do not completely clarify clinical behavior and outcomes.

One of the areas that I think will become a significant focus for breast cancer research is epigenetics—the modification of gene expression independent of changes to the genetic code itself. For example, DNA methylation is a key regulator for many developmental processes and has been shown to regulate gene activity by switching genes ‘on’ or ‘off’.

DNA methylation is also a dynamic process and may be modified by lifestyle or the environment; methyl groups can be added or removed from DNA in response to factors such as smoking, diet, alcohol and exercise. Therefore, DNA methylation may play a role in bridging the genetic and environmental risk factors for breast cancer.

So far, methylation markers have been identified in blood-based DNA and shown to vary according to age, body mass index, alcohol and tobacco consumption and so on. By going beyond genetics and incorporating epigenetics into the calculation of breast cancer risk, I believe that we can improve our prediction models for the disease.

6. Apart from more research, how else should we be addressing breast cancer?

I think there is room for improvement in terms of how the fruits of scientific discovery are conveyed to the general public. I agree with Sir Mark Walport, formerly the government chief scientific advisor to the UK, who said that “Science is not finished until it’s communicated.”

There is evidence that risk-based screening for breast cancer saves lives, but many women are still largely ignorant about what they can and should do to catch the disease in its early stages. Other factors like cultural influences may also result in women putting off going to the doctor.