Home » Health News » Scientists to choirs: Group singing can spread the coronavirus, despite what CDC may say

Scientists to choirs: Group singing can spread the coronavirus, despite what CDC may say 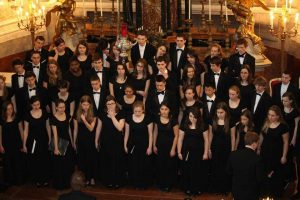 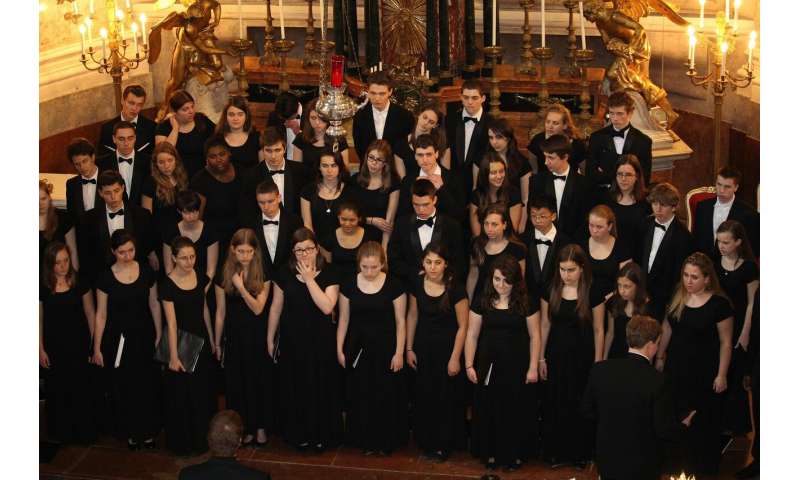 Scientists studying tiny exhaled particles that could transmit the coronavirus say a Centers for Disease Control and Prevention decision to drop warnings against choral singing is dangerous, risking more “super-spreading events” such as a Washington state choir practice linked to two deaths.

The researchers say that the coronavirus can spread in respiratory aerosols, which may linger in the air for an hour or more, floating farther than the 6 feet commonly prescribed for social distancing. They say that choir members are particularly vulnerable to infection from airborne particles, because they exhale and inhale deeply to sing, often at close quarters in poorly ventilated rooms.

The CDC generally dismisses the potential for airborne transmission beyond 6 feet, although a study it published recently said the “act of singing” likely contributed to 53 of 61 people who attended a choir rehearsal in March getting sick, two of whom died of COVID-19. Since that incident north of Seattle, reports have surfaced of other outbreaks after choir performances, including one in Amsterdam that claimed four lives.

Without notice on its website May 23, the CDC altered guidance for reopening houses of worship, deleting a warning posted the previous day that said the act of singing may contribute to the transmission of COVID-19. The warning disappeared as President Donald Trump deemed religious institutions essential, calling on governors to reopen them from coronavirus lockdowns.

“Removing that guidance is extremely dangerous and irresponsible,” said Jose Jimenez, a University of Colorado chemistry professor who studies aerosols, adding it “will put people at risk of additional super-spreading events and slow down the containment of the epidemic.”

Donald Milton, a University of Maryland bio-aerosol researcher, spoke during a May 5 webinar sponsored by multiple national music organizations—and since watched by more than 100,000 people—that stunned the choir world. Experts advised choirs and performing arts groups not to gather again to sing in person until a vaccine or treatment for COVID-19 becomes widely available, even if that takes two years or more.

“The CDC’s earlier recommendations were spot on, and I’m sorry to see that they’ve changed them,” Milton said in an interview. “This is very hazardous, and we really need to not be getting together to sing.”

The novel coronavirus surfaced only a little more than five months ago in Wuhan, China, therefore, some degree of uncertainty about the pathogen is to be expected, as scientists study its characteristics. But the conflicting advice from domestic and international health agencies is striking, creating confusion as the U.S. death toll continues rising above 100,000.

The White House, reported by The Washington Post as having directed the CDC to substitute approved guidance omitting the choir warning, declined comment. The CDC and the Department of Health and Human Services did not respond to interview requests.

Aerosols include tiny floating pieces of pollution that make up smog and dust particles visible wafting in rays of sunshine, said Shelly Miller, a University of Colorado professor of mechanical engineering. She said that a person coughing can throw 300,000 or more aerosols at speeds up to 60 mph, ranging from microscopic, at 0.7 microns, to the size of a grain of fine beach sand, at about 10 microns or more.

The novel coronavirus is about 0.1 microns in diameter—about 4 millionths of an inch, she said. Researchers don’t yet know how many pieces of the virus might be contained in an aerosol produced by a COVID-19 patient’s cough, but one study under peer review estimates that someone standing and speaking in a room could release up to 114 infectious doses an hour.

The CDC says the virus spreads mainly between people in close contact, within about 6 feet, the distance at which a sneeze flings heavy droplets. The CDC has adjusted its wording, and now says that while it may be possible to get COVID-19 by touching something that has the virus on it, and then touching one’s face, “this is not thought to be the main way the virus spreads.”

The World Health Organization said in a March 28 tweet that, “FACT: #COVID-19 is NOT airborne,” although officials have added that the virus can spread in the air during “aerosol generating procedures” such as intubation.

Dr. Benedetta Allegranzi, WHO technical lead of infection prevention and control, said in an email Sunday that despite theories based on lab simulations, “there is no evidence of transmission of the virus as an airborne pathogen.”

She said that so far, a group of more than 30 experts that reviews evidence with WHO weekly has “not judged the existing evidence sufficiently convincing to consider airborne transmission as having an important role in COVID-19 spread.”

But Lidia Morawska, an aerosol researcher in Australia, said WHO’s conclusions stem from decades-old dogma that held that droplets only travel an arm’s length in the air. “There’s absolutely no basis for the statements made by the WHO,” she said.

Researchers now know that larger, heavier droplets do tend to fall closer to where they’re exhaled, but tiny particles can remain airborne for some time, depending on the amount of air exchange from ventilation in a room, said Morawska, a Queensland University of Technology professor who directs the International Laboratory for Air Quality and Health.

Since the Los Angeles Times reported on the outbreak from the Skagit Valley Chorale’s March 10 rehearsal, other super-spreading events have come to light. Four people died of COVID-19 after a choir performance in Amsterdam on March 8, and two members of a church congregation in Calgary, Alberta, died of the disease after a March 15 gathering that included singing.

Choir outbreaks have been reported in Germany, England and South Korea. All but one of 44 participants in a choir seminar in Losenstein, Austria, the weekend of March 6 later tested positive for COVID-19, said Albert Bergsmann, St. Georgen choral society chairman.

“No one had symptoms during the weekend,” he said. “The danger was unfortunately just not foreseeable at that point.”

Members of the Skagit Valley choir believed that no one present had symptoms of illness, and they used hand sanitizer, brought their own music scores and refrained from hugs and handshakes. But the study conducted by a research team found that one singer did have symptoms and later tested positive for COVID-19.

Jimenez said it’s highly unlikely that the extensive spread of the virus at the rehearsal could have occurred only through close contact and touching surfaces.

“How can one sick person be in close proximity of all those people for enough time to infect them?” he asked. Explanations other than airborne transmission are improbable, “especially when it’s happening in choir after choir after choir,” he said.

In a commentary published May 1 in the scientific journal Risk Analysis, a research team said that aerosols deserved urgent consideration. “The weight of the available evidence warrants immediate attention to address the significance of aerosols and implications for public health protection,” concluded the team of researchers at Exponent Inc., a scientific consulting firm.

Amid the uncertainty, Chorus America and the American Choral Directors Association advise choir groups to rehearse and perform online for the foreseeable future, however unsatisfying that may be.

A coalition of musical and performing arts associations is raising more than $200,000 to hire two research teams to conduct independent studies on risks of aerosol transmission by singers, instrumentalists and actors.