What Is Adenomyosis? Experts Explain This Common Women’s Health Issue

Endometriosis, polycystic ovary syndrome, fibroids: there are a ton of well-known conditions that can cause women and others excruciating pain. One condition of the reproductive system that you don’t hear too much about is adenomyosis ― or “endometriosis of the uterus muscle,” as Dr. Natalya Danilyants of the Center for Innovative GYN Care likes to call it.

But you should hear about it, mostly because it’s fairly common. It’s estimated that 1 in 10 women live with adenomyosis ― although those numbers could be off because there isn’t a real standardized definition or diagnostic criteria for the condition.

Like endometriosis, in which uterine tissue lining grows outside the uterus, adenomyosis occurs when uterine tissue goes a bit awry. Tissue that should be lining the uterus instead builds up within the uterine muscle wall. It’s a benign condition, meaning it’s not going to turn into cancer, but it can be very painful and even debilitating. 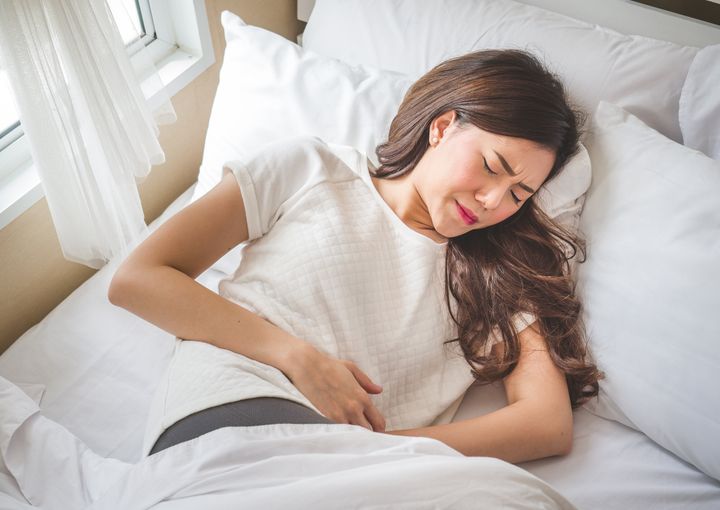 Here’s what everyone should know about adenomyosis:

Adenomyosis is often mixed up with other conditions.

Because the symptoms of adenomyosis — mainly harsh cramps, irregular bleeding, painful sex and unexplained infertility — are shared by many other conditions, it is often wrongly diagnosed. One common misdiagnosis is dysfunctional uterine bleeding, which Danilyants noted is basically a way of saying there’s no explanation for your abnormal bleeding.

Actor Gabrielle Union dealt with this problem throughout her 20s. Though she has said her symptoms were pretty obvious — for instance, her periods would last nine to 10 days — doctors skirted around the answer and she didn’t get an official diagnosis until after she had experienced multiple miscarriages.

“A lot of people have the misconception that if you have painful periods, it’s going to be endometriosis because that’s what you hear all over,” said Dr. Linda Fan, a Yale Medicine gynecological surgeon.

Adenomyosis also goes undiagnosed because some women don’t experience any symptoms at all, according to Fan.

The condition doesn’t always show up on an ultrasound either. Magnetic resonance imaging can get a better read, but adenomyosis can still easily be missed if a patient has fibroids ― benign uterine tumors ― that block part of the MRI view.

As a result, many people who have adenomyosis never get a clear-cut diagnosis. Some of them may be put on medications, like birth control or hormonal pills, just to try to manage the pain and abnormal bleeding.

Patients with this condition are also often told that “there’s nothing wrong” or “your test results are normal,” according to Danilyants, which can lead to anxiety or depression about the pain they continue to feel.

“Years of inappropriate treatment with continued pain and bleeding can significantly impact someone’s quality of life,” she said. 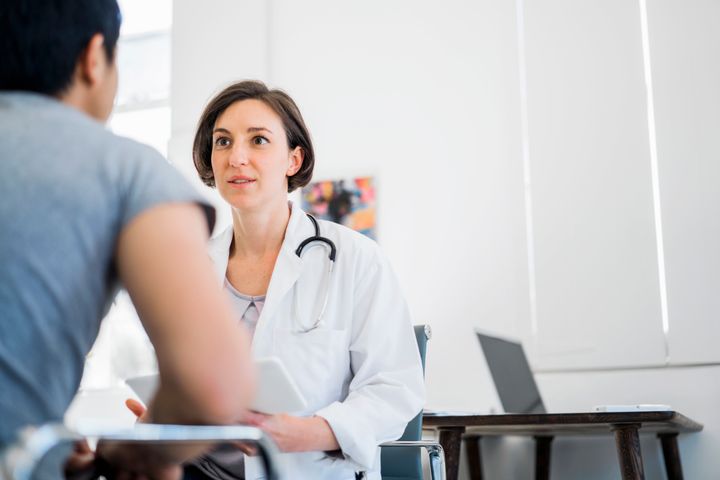 There’s not too much known about what causes adenomyosis, but doctors have uncovered a few truths.

One reason may be that adenomyosis has been linked to giving birth via cesarean section. It may also tie back to how much estrogen a woman has been exposed to, which is typically higher amongst older women, according to the Mayo Clinic. Other risk factors include a history of endometriosis and fibroids.

Side note: while adenomyosis tends to appear in the 30s and 40s, it may go away on its own during or after menopause.

In any case, younger women also develop adenomyosis and it’s not totally clear why.

Treatment is tricky and limited.

Some may opt instead for endometrial ablation, a procedure that burns away the lining of the uterus to prevent it from growing too much. However, according to Danilyants, symptoms may become even more severe after ablation, pushing the patient into having a hysterectomy after all.

Most patients can try to manage the pain through medication and health habits. Nonsteroidal anti-inflammatory drugs like Advil or Motrin may alleviate cramping. Lifestyle changes, like getting more exercise, and certain hormonal birth control options like the Mirena intrauterine device can also help, Fan said.

Treatment of adenomyosis ultimately depends on your symptoms ― “thinking about how it affects your life daily,” Fan said ― and whether you’d be comfortable with surgery.