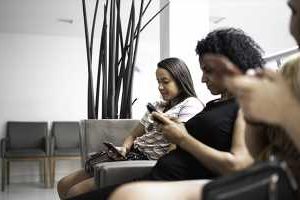 By now it’s common knowledge that the greatest influence on a patient’s health is not their regular doctor’s visits or occasional procedure, but the health behaviors, self-management routines and other practices that occur outside of a healthcare setting. With this in mind, the industry has begun a push to integrate their services with day-to-day life – through continuous remote monitors, through stronger healthcare messaging, through increased access to services, and so forth.

In many ways, this trend has evolved alongside advances in networking and communications technology, Clint Cetti, global director of strategy and innovation at AT&T Business, said during a HIMSS20 Digital presentation.

“Healthcare is a constant. It is a constant communications and monitoring of your own body in this closed ecosystem. Typically, it only gets expressed when you’re in front of a clinician, exercising, maybe taking a medication,” he said in the presentation. “To date, all we’ve been given is components of healthcare information like heart rate and blood oxygen, and those are things we can do with our consumer devices today.”

More advanced and ambitious tools like artificial intelligence are beginning to make their mark, he said, but early implementations have seen the data-heavy technologies hamstrung by networking and bandwidth limitations. For these health innovations to take the next step and make a greater mark on patients’ health – both inside and outside of the hospital – hospitals need to begin laying the groundwork for 5G cellular networks.

Take, for example, the deluge of patients and their loved ones entering hospitals each day with their smartphones in tow. To serve them with educational messaging, entertainment or wayfinding services, a hospital would need to have them connect to the same WiFi network that is being relied upon by a range of IoT medical devices. With 5G’s greater capacity and speed running in tandem with the WiFi network, he said that a hospital would be able to separate its traffic without worry of slowdowns to either party.

“Being able to offload consumers to the WiFi and reserve medical operations for that digital antenna system for cellular is a strategy we see being more and more looked at and employed, and becoming the core strategy for healthcare as an industry,” he said.

He also pointed to scenarios where a clinician could use data-intensive augmented reality or virtual reality visualizations to help patients better understand a diagnosis or treatment. Stronger networks allow this content to be downloaded and presented seamlessly during an encounter, and could be shared with the patient’s loved ones to increase engagement and adherence to care.

On the clinical side, Cetti similarly highlighted the large file sizes of medical imaging scans, as well as the technologies that can help a specialist better analyze a patient’s condition.

“The doctors and clinicians themselves are [no longer] captive. They can be having lunch in the lounge and pull down that one [gigabyte] image within seconds … as opposed to 10 minutes,” he said. “And that clinician also may have an overlaying second opinion from AI and collaborate with another clinician as well. And you can do all that before that one legacy image was uploaded through that legacy infrastructure.”

These 5G-augmented use cases are already being explored by a handful of AT&T’s partner health systems, Cetti said. But more often than not these projects end up being standalone implementations, because the organizations haven’t yet been able to upgrade various components of their network infrastructure, such as their distributed antenna systems (DAS), WiFi, routers or access.

“All these things need to be looked at because the WiFi information and the cellular traffic are both going to converge at some point in your infrastructure,” he said. “And when those two tsunamis hit, you’d better have planned for the dynamic and burstable infrastructure, which typically comes about through software-defined networking and additional Edge compute flexing of in and out of your ecosystem.”

For health systems preparing to implement a 5G network (or are already in the midst of doing so), Cetti stressed the need for frequent self-assessments. For instance, systems need to know whether or not the infrastructure of their IoT platforms, their device management system, their backhaul and their various APIs are ready for a brand-new cellular network.

“All of that is key, and every step of the way I would urge you to have security at the table,” he said. “Security is not just this wet blanket that you lay on top of a project at the end of it. It has to be at the table every step along the way, it has to be a part of the DNA. And it has to be collaborative – it cannot just be the land of ‘no,’ it’s got to be ‘How do we get to yes together?'”