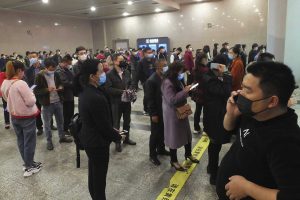 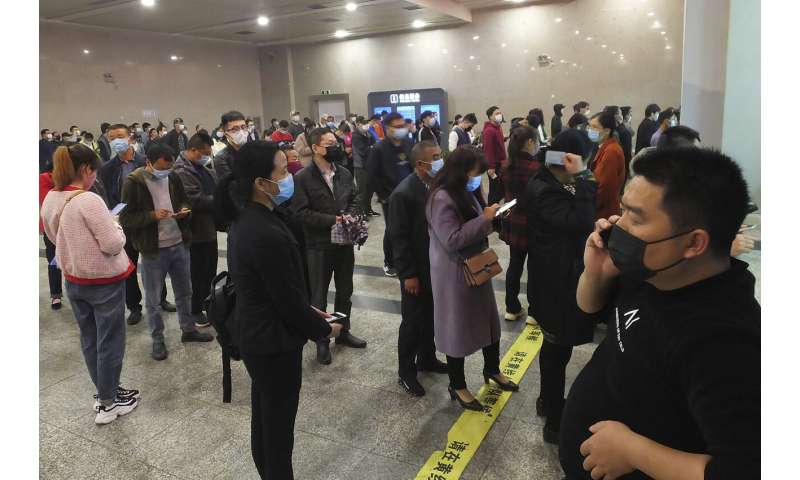 Trains carrying factory employees back to work after two months in locked-down cities rolled out of Hubei province, the center of China’s virus outbreak, as the government on Wednesday began lifting the last of the controls that confined tens of millions of people to their homes.

Roadblocks on bridges and at expressway gates opened, allowing trucks and cars through for the first time in two months.

Residents of Wuhan, the provincial capital where the coronavirus emerged in December, are allowed out of the city but cannot leave Hubei until April 8. Restrictions that barred tens of millions of people from leaving other cities in Hubei since late February as China fought to contain the outbreak were lifted Wednesday.

As the United States and European countries tighten their own controls, China’s ruling Communist Party is relaxing restrictions to revive the economy after declaring victory over the outbreak.

Still, authorities have orders to prevent a spike in infections as millions of people return to work in Hubei or migrate to other provinces. Travelers were checked for the virus’s telltale fever and are required to use smartphone apps that keep track of their health reports and whether they have been to risky areas.

A train left the previously locked-down city of Huanggang on Tuesday night carrying 1,133 factory workers back to jobs in Guangdong province, the center of China’s export-driven manufacturing industries in the southeast, according to People’s Daily, the main Communist Party newspaper. 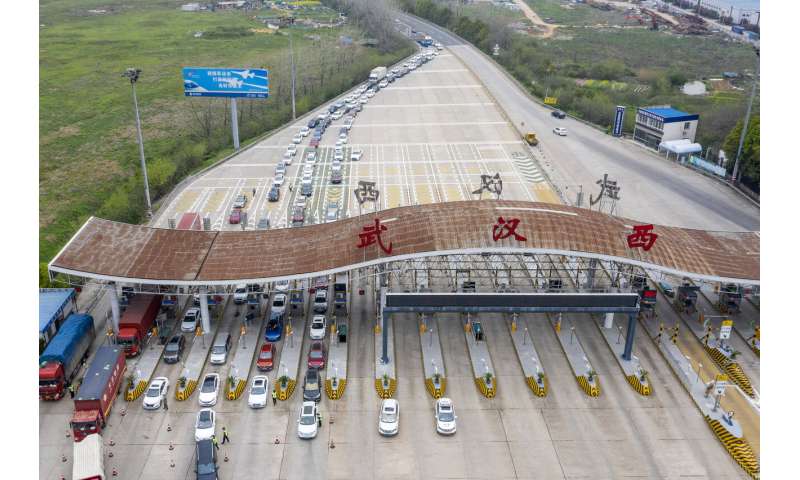 Physicians were aboard to monitor the passengers and the train was due to travel non-stop to Guangzhou, the Guangdong provincial capital, as a precaution. People’s Daily said the workers would be met by buses to carry them directly to factories in Shenzhen and other cities.

“Resumption of labor and production is urgent!” the newspaper said.

Most access to Wuhan, a manufacturing center of 11 million people, or 1 1/2 times the population of New York City, was shut down Feb. 23. The city is 700 kilometers (450 miles) west of Shanghai.

Restrictions that would expand to become the most intensive anti-disease controls ever imposed spread to Huanggang and the nearby cities of Ezhou, Chibi, Qianjiang, Zhijiang, Jingmen, Xiantao, Xiaogan and Huangshi.

At the peak of China’s restrictions, some 700 million people were in areas covered by orders or official requests to stay home and limit activity. 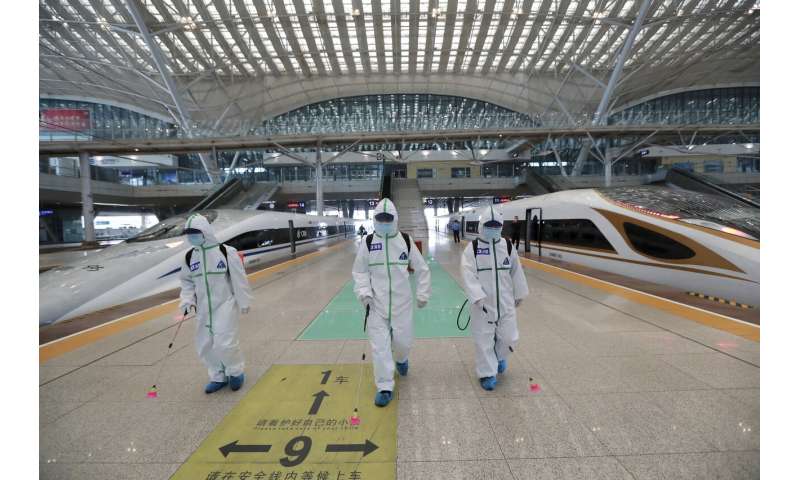 That left streets in Beijing and other major cities empty and eerily silent. Police stopped pedestrians and told them to go home.

Other governments including Italy, Spain and Malaysia have imposed similar controls, closing regions or national borders, as the virus spread around the globe.

In Hubei, authorities began allowing factories, food processors and some other businesses that were deemed essential to reopen on March 11 in a sign of official confidence the disease was under control.

There is no word on when schools, which have been teaching online and through social media, might reopen in Hubei.

“We still feel it is not the right time to resume classes,” said Li Zhen, a teacher at the Yingshan County Experimental School in Huanggang. 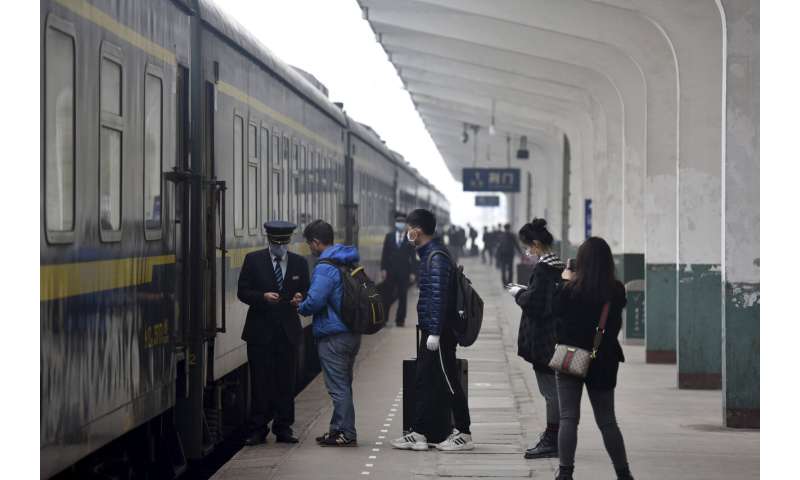 Once they reopen, teachers expect schools to screen visitors and “slow down the process of teaching a little bit to let the students catch up to the rhythm of study in the classroom after being away for months,” Li said.

On the Laishui River, the 400-meter (quarter-mile) Hunan-Eqing Bridge that links Hubei with neighboring Hunan province reopened before dawn Wednesday, according to the Chutian Metropolis Daily.

Drivers leaving Hubei were checked for fever and had to show a “green health code” on the tracking app, indicating they had avoided high-risk areas.

“You can breathe a little sigh of relief,” the newspaper quoted a police officer, Tian Gang, as saying. It said he has been away from home for 50 days.

The owner of a private school in Xiangyang said he won’t reopen until the outbreak is declared “completely under control.” He said his 40-member staff have been teaching online but the school lost 500,000 yuan ($70,000) over the past two months. 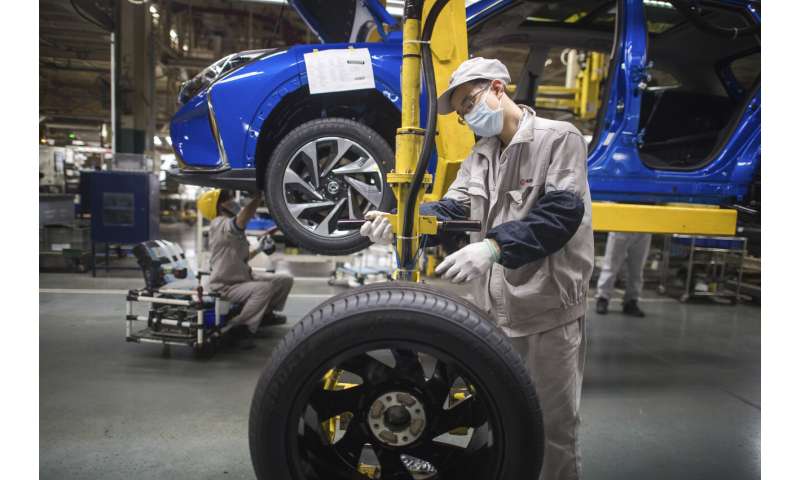 “I am not dreaming about getting aid, but I hope the government can help ordinary people,” said the owner, who would give only his surname, Shi.

“I told them not to go outside because there was a monster out there,” he said.

Most of the public cooperated with the restrictions, but a man was sentenced to death March 1 for fatally stabbing two people who were guarding a roadblock in Yunnan province in the southwest.

The city also has hundreds of components suppliers.

Renault said its factory in nearby Shiyan reopened March 11 and a Wuhan factory is due to restart March 30. 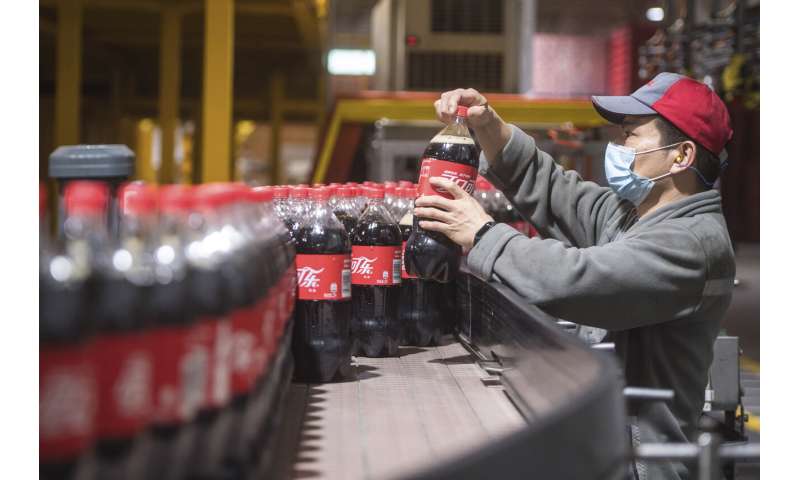 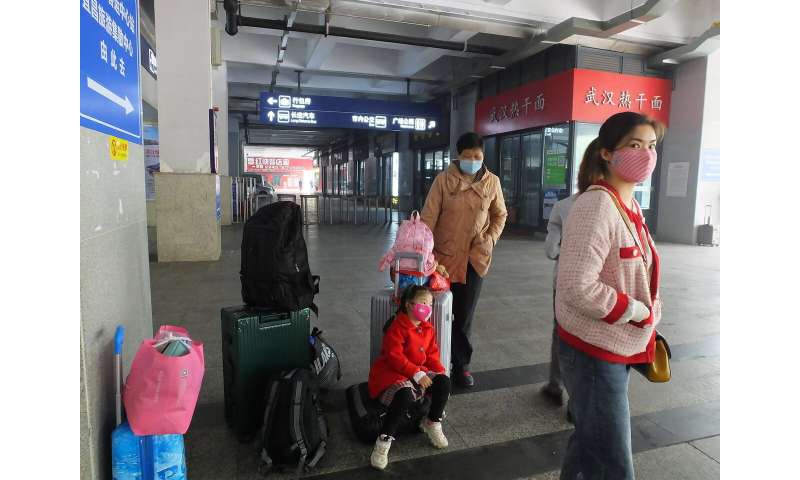 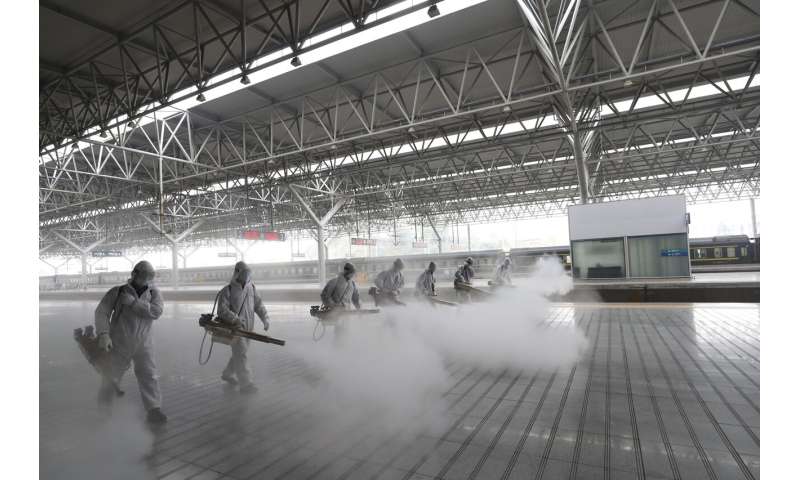 Dongfeng said its own factories in Hubei were approved to resume production as of Monday.

The manager of the Huangshi Jinghua Plastic Mould Co. in the city of Huangshi said its 50 employees went back to work March 18. He said sales are down 30% to 40% from pre-outbreak levels.

Employees were wearing masks and disinfecting the workplace, said the manager, Yin Shuang.