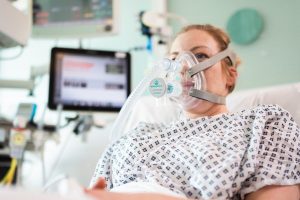 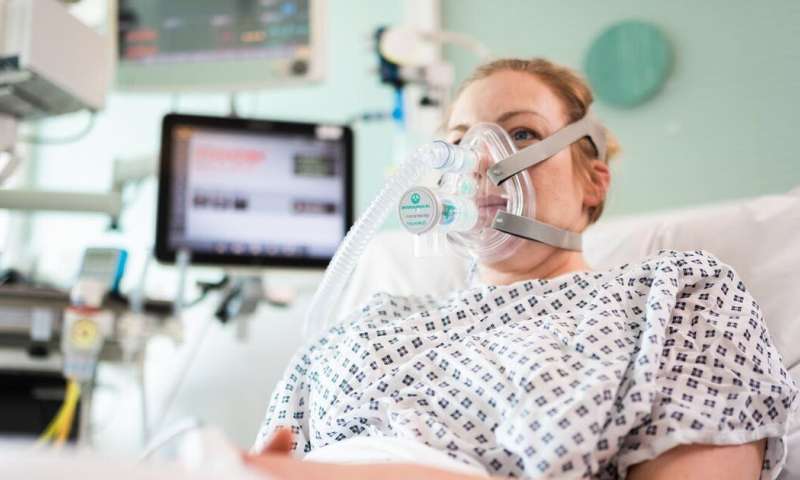 With the coronavirus pandemic spreading to nearly every country in the world, the number of hospital patients needing respiratory support is becoming unprecedented. It’s not easy for manufacturers to quickly make huge numbers of extra ventilators so there is likely to be an imbalance in supply and demand for the necessary equipment to provide this support.

To alleviate this problem, a team of engineers from UCL (the university where I work) and Formula One engine maker Mercedes-AMG HPP have been working flat out to manufacture large numbers of a continuous positive airway pressure (CPAP) device. This machine, similar to those commonly used to treat sleep apnea, can support patients with severe breathing problems, freeing up ventilators for the most critically ill.

As with all things coronavirus related, speed is of the essence. The team has pulled off the task of moving from reverse-engineering an original product and producing a new design, through testing and regulatory approval to full-scale production in under 10 days.

Within one month, 10,000 devices have been delivered to meet the UK government target, with Mercedes repurposing its entire facility in Brixworth, Northampton to produce 1,000 a day. The designs and manufacturing instructions have now been released, at no cost, to governments, manufacturers, academics and health experts around the world. Within a week they had been shared with more than 1,300 teams in 25 countries.

The astonishing pace of this project has been made possible by an alignment of established academic, industrial and clinical collaborations, working under the umbrella of UCL’s Institute of Healthcare Engineering. The team was quickly mobilized to focus on a clearly defined, unmet and immediate need.

The project began when Tim Baker, a professor of mechanical engineering, contacted his longstanding collaborators Andy Cowell and Ben Hodgkinson from Mercedes AMG HPP. On March 18, they met at MechSpace, a recently opened facility in central London for UCL’s mechanical engineering students.

Baker presented the Mercedes engineers with a conventional CPAP flow generator given to him by Mervyn Singer, a professor of intensive care medicine at UCL Hospitals, with a simple instruction: “We need more of these.” Singer had been contacted by doctors in Italy and China who shared their experiences of CPAP as an important aid to manage coronavirus patients. 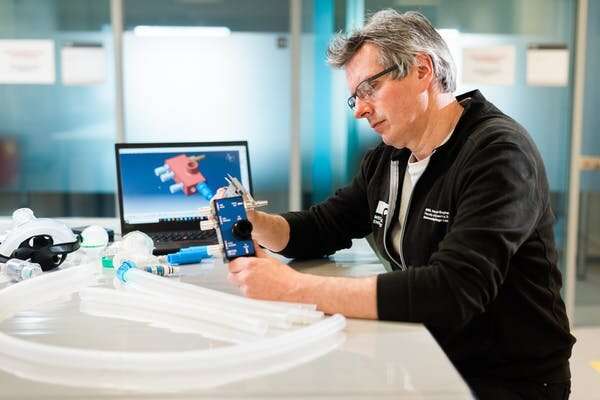 Unlike mechanical ventilation, CPAP doesn’t require a tube to be inserted into the patient’s windpipe. Instead, continuous air pressure (slightly higher than normal atmospheric pressure) applied through a face mask keeps the airways open and provides the patient with oxygen-enriched air. This reduces the work they have to do to breathe without requiring them to be sedated.

A CPAP flow generator works by exploiting a phenomenon known as the Venturi effect. A high-flow jet of oxygen draws room air in around it to generate a high output flow of oxygen-enriched air. Mechanical valves then allow you to adjust the pressure and oxygen concentration.

The beauty of this design is that it has no moving parts. This meant that the team could reverse engineer the device by making meticulous measurements of every dimension and translating them into a 3-D computer model and manufacturing drawings.

Over the following two days, MechSpace became the pit lane of the project with engineers from the Mercedes team using expertise acquired from the F1 industry to fast track design and prototype manufacture. They drew on the skills of three former UCL students, Jamie Robinson, Alex Blakesley and Ismail Ahmad. In particular, they used commercial software (Mashoom) that Robinson had developed during his degree to manage and store the computer designs that would underpin the production process.

The racing mentality of the Mercedes team drove the process forward at breakneck speed. Hodgkinson threw down the gauntlet of a 24-hour turnaround between him walking in the door at MechSpace and cutting materials for the prototype on their commercial production line in Brixworth. The team missed this target—but only by two hours.

With the team working round the clock, one of them was sent out to stock up on essential supplies including toiletries and a change of clothes. The t-shirts acquired from the nearest shop inadvertently provided a team uniform and the t-shirt logo was requisitioned as the name of the CPAP system, UCL-Ventura. 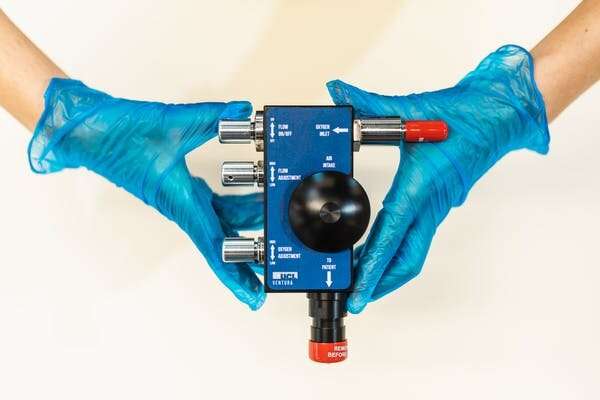 Regulatory approval for medical devices is a lengthy process that can often take years, but the team had deliberately focused on reverse-engineering an off-patent device, the Respironics WhisperFlow, that had been used in the NHS for decades. This enabled the device to be quickly approved for use by the UK’s Medicines and Healthcare Products Regulatory Agency (MHRA).

The partnerships already in place through UCL’s Institute of Healthcare Engineering, led by Professor Rebecca Shipley, was also crucial to the speed of this project.

The team worked closely with a number of industry partners to check availability and arrange supply of other key regulated components including oxygen sensors and masks. The Mark I design went into clinical testing in patients at UCL Hospitals and sister hospitals on March 27, and the government order was confirmed four days later.

UCL mechanical engineers including Tom Peach, Tom Rushton, Peter Weston and James Weaver have continued to work flat out at MechSpace, sleeping at a hotel next door. A Mark II version of the device has now been approved that significantly reduces the oxygen requirements of the system. And it is this design that has now been made available for the global response to COVID-19.