Home » Health News » Do you need to floss your teeth? It depends

Do you need to floss your teeth? It depends 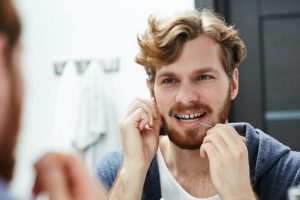 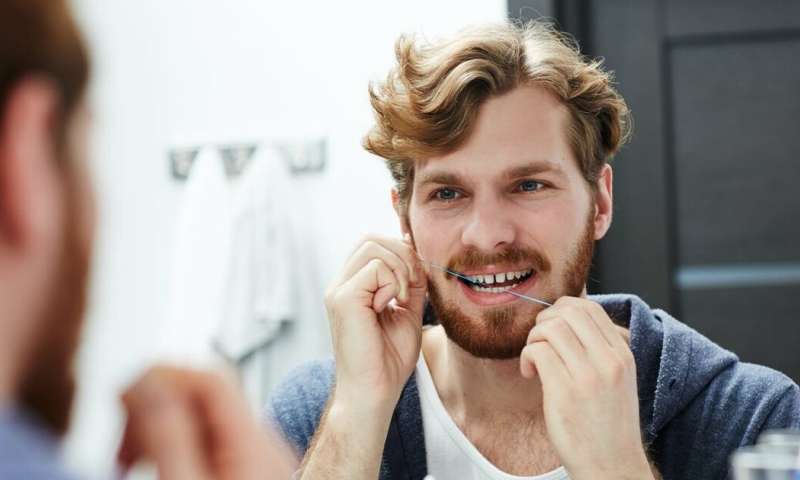 As a dentist, my patients often ask whether they still need to floss even though they brush their teeth. The answer is—that depends.

A review of the research on this topic found flossing, combined with regular brushing, reduced the chance of bleeding gums. But the review could not provide evidence flossing prevented holes (tooth cavities) from forming.

This is likely because all of the included studies were conducted within one to three month periods. A few months is long enough to detect bleeding gums, but not for cavities to grow substantially.

So studies in the review looked at the effectiveness of flossing on preventing gum disease rather than cavities.

But at the very least, we know regular flossing protects our gum health, which in turn protects our teeth. So it’s definitely worth doing.

The advice may be different if you have certain dental conditions—but we’ll get to that later.

Why should I floss?

Cavities and gum disease are mainly caused by plaque that accumulates on our teeth and gums. Dental plaque is part of a complex ecosystem that includes 800 different types of bacteria found in our mouth.

Our plaque’s unique ecosystem is a like a major city, and brushing is like Godzilla destroying the infrastructure. But plaque bacteria can rebuild infrastructure fairly quickly, which is why we brush frequently.

Brushing, however, isn’t very effective at cleaning in between your teeth. And it’s the plaque that remains in these areas that leads to most cavities and gum disease. So that’s where flossing comes in—to clean between the teeth.

If plaque on our teeth and gums are left long enough, the mineral in our saliva hardens it to form a white chalky substance called calculus. The calculus acts as a home to many different types of bacteria that can advance gum disease.

Once formed, calculus is impossible to remove by brushing or flossing alone. It needs to be removed using special tools at the dentist.

Similar to the way doctors measure health by checking your blood pressure, dentists and hygienists gently poke your gums to see if they bleed.

Bleeding gums often signal the presence of uncleaned plaque and/or calculus in the area. You may even notice bleeding after you brush your teeth or eat certain foods.

To a dental practitioner, bleeding gums indicate you’re at risk of developing advanced gum issues, called periodontal disease. This condition sees the foundations that hold your teeth in your jaw bone deteriorate, eventually causing your teeth to loosen and fall out.

So the act of flossing can serve to safeguard your smile.

Current evidence also suggests periodontal disease is associated with an increased risk of heart disease and diabetes, among other health issues.

OK, so I should definitely floss then?

This depends on your current situation. Just like you wouldn’t mop your rug or vacuum the shower recess, we have specific tools to suit every cleaning situation. Flossing (effectively) is great if:

While for a lot of us this may be the case, for some of us, simply flossing our teeth and gums will be ineffective. Particularly if you have:

In these instances, we have to start thinking about interdental cleaning, or using other tools to clean between your teeth such as special Christmas tree-shaped brushes or sticks.

If you don’t think flossing is right for you, ask about interdental (between teeth) cleaning during your next visit to the dentist. Your dentist or hygienist will be able to recommend products and a cleaning routine to suit your needs.

To floss effectively, keep in mind: