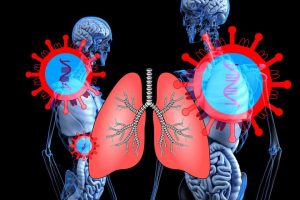 The first French doctor battling the coronavirus has died as the death toll in the country spiralled to 674 Sunday.

With the outbreak spreading to eight regions—and 112 more dying in a single day—authorities admitted their count does not include those who died at home and in old people’s homes.

“We are looking at an epidemic that is widening and escalating,” the head of the health service Jerome Salomon said.

With hospital flooded with 7,240 victims, the military are having to transfer some from the worst-hit areas.

“The virus kills and it is continuing to kill,” Salomon added.

He was hailed as a hero by his family for coming back from holiday to treat the first major outbreak in the country.

Mayor Philippe Marini said that Madagascar-born Jean-Jacques Razafindranazy “came back to work voluntarily to treat people and knew he was taking a risk”.

His wife, a family doctor, is now also sick with the virus and has been quarantined at home.

Dr. Razafindranazy’s death came as controversy raged over a shortage of protective gear for medical staff in some parts of France.

Despite Health Minister Olivier Veran saying more than 250 million masks had been ordered, some doctors and nurses have complained that they have had to do without.

The French government is also under pressure from doctors’ unions to impose a total nationwide curfew, with some cities, including Nice and Perpignan, already banning people from going out.

With authorities expected to extend the lockdown beyond the end of March, doctors want it tightened to “at a minimum” stopping people going out to jog or exercise.

Dr. Razafindranazy died on Saturday in a hospital in the northern city of Lille, with his son paying an emotional tribute to him on Facebook.

“He was passionate about his work and chose not to retire. He has left a family behind him who will never forget him,” he added.

The family also warned that “this illness is extremely serious and must not be taken lightly”.

Marini said Dr. Razafindranazy “would soon have been 68” and had treated some of the first cases in the Oise department, the first area in France to be badly hit by COVID-19.

He was infected in early March, the mayor added.

A quarter of the more than 7,200 people now in hospital with the virus are in intensive care.

Veran said many medical staff who contract the virus could in fact be getting infected outside of their work, while adding that protection for frontline staff was “absolutely indispensable”.

But doctors and nurses were losing patience, with the Frederic Adnet, the head of an emergency department at Seine-Saint-Denis in the northern suburbs of Paris, saying supplies of protective clothing were clearly under strain.