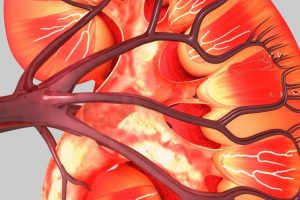 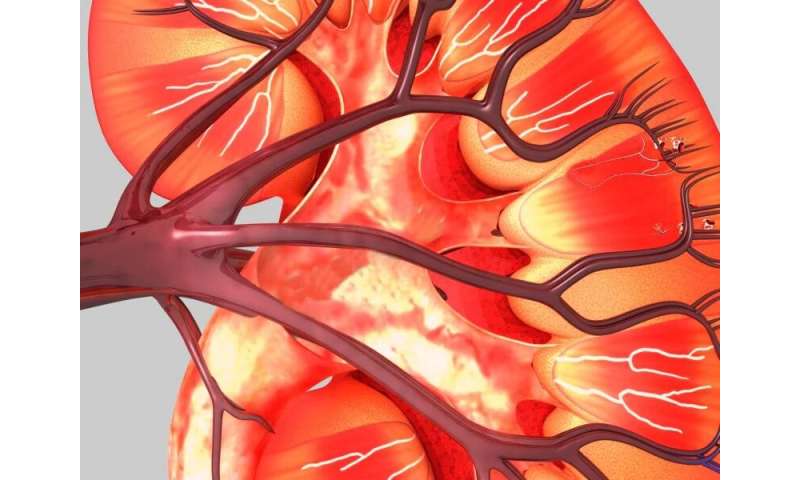 (HealthDay)—For patients undergoing living kidney transplants, persistent mixed chimerism can be achieved to allow complete or partial withdrawal of immunosuppressive drugs, according to a study published in the Jan. 29 issue of Science Translational Medicine.

Stephan Busque, M.D., from the Stanford University School of Medicine in California, and colleagues infused allograft recipients with donor T cells and hematopoietic progenitors after posttransplant lymphoid irradiation to examine whether persistent mixed chimerism and tolerance can be established in patients undergoing living donor kidney transplantation.

The researchers found that complete immunosuppressive drug withdrawal was achieved in 24 of 29 fully human leukocyte antigen (HLA)-matched patients who had persistent mixed chimerism for at least six months, with no evidence of rejection for at least two years. Reduction of immunosuppressive drugs to tacrolimus monotherapy was achieved in 10 of 22 HLA haplotype-matched patients with persistent mixed chimerism for at least 12 months. Loss of detectable chimerism resulted from withdrawal of tacrolimus during the second year, with subsequent rejection episodes unless tacrolimus therapy was reinstituted. Compared with reconstitution of naive T cells and thymic T cell precursors, posttransplant immune reconstitution of naive B cells and B cell precursors was more rapid. Among naive T and B cells, but not among memory T cells, robust chimerism was observed. In all surveillance graft biopsies obtained from mixed chimeric patients withdrawn from immunosuppressive drugs, there was no evidence of rejection, and none developed graft-versus-host disease (GVHD).

“Partial or complete withdrawal of immunosuppressive drugs was not associated with rejection or GVHD in persistent chimeric recipients, and persistence is likely to provide continued prevention of rejection,” the authors write.