Study: To slow an epidemic, focus on handwashing 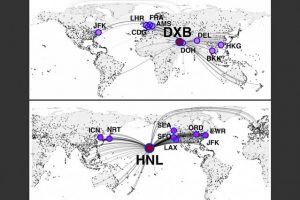 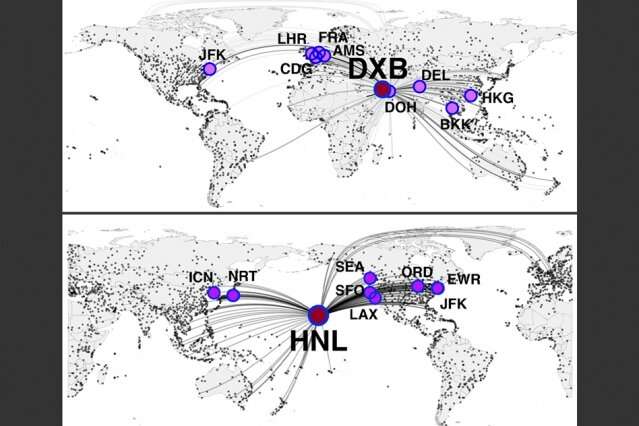 A new study estimates that improving the rates of handwashing by travelers passing through just 10 of the world’s leading airports could significantly reduce the spread of many infectious diseases. And the greater the improvement in people’s handwashing habits at airports, the more dramatic the effect on slowing the disease, the researchers found.

The findings, which deal with infectious diseases in general including the flu, were published in late December, just before the recent coronavirus outbreak in Wuhan, China, but the study’s authors say that its results would apply to any such disease and are relevant to the current outbreak.

The study, which is based on epidemiological modeling and data-based simulations, appears in the journal Risk Analysis. The authors are Professor Christos Nicolaides PhD ’14 of the University of Cyprus, who is also a fellow at the MIT Sloan School of Management; Professor Ruben Juanes of MIT’s Department of Civil and Environmental Engineering; and three others.

People can be surprisingly casual about washing their hands, even in crowded locations like airports where people from many different locations are touching surfaces such as chair armrests, check-in kiosks, security checkpoint trays, and restroom doorknobs and faucets. Based on data from previous research by groups including the American Society for Microbiology, the team estimates that on average, only about 20 percent of people in airports have clean hands—meaning that they have been washed with soap and water, for at least 15 seconds, within the last hour or so. The other 80 percent are potentially contaminating everything they touch with whatever germs they may be carrying, Nicolaides says.

“Seventy percent of the people who go to the toilet wash their hands afterwards,” Nicolaides says, about findings from a previous ASM study. “The other 30 percent don’t. And of those that do, only 50 percent do it right.” Others just rinse briefly in some water, rather than using soap and water and spending the recommended 15 to 20 seconds washing, he says. That figure, combined with estimates of exposure to the many potentially contaminated surfaces that people come into contact with in an airport, leads to the team’s estimate that about 20 percent of travelers in an airport have clean hands.

Improving handwashing at all of the world’s airports to triple that rate, so that 60 percent of travelers to have clean hands at any given time, would have the greatest impact, potentially slowing global disease spread by almost 70 percent, the researchers found. Deploying such measures at so many airports and reaching such a high level of compliance may be impractical, but the new study suggests that a significant reduction in disease spread could still be achieved by just picking the 10 most significant airports based on the initial location of a viral outbreak. Focusing handwashing messaging in those 10 airports could potentially slow the disease spread by as much as 37 percent, the researchers estimate.

They arrived at these estimates using detailed epidemiological simulations that involved data on worldwide flights including duration, distance, and interconnections; estimates of wait times at airports; and studies on typical rates of interactions of people with various elements of their surroundings and with other people.

Even small improvements in hygiene could make a noticeable dent. Increasing the prevalence of clean hands in all airports worldwide by just 10 percent, which the researchers think could potentially be accomplished through education, posters, public announcements, and perhaps improved access to handwashing facilities, could slow the global rate of the spread of a disease by about 24 percent, they found. Numerous studies (such as this one) have shown that such measures can increase rates of proper handwashing, Nicolaides says.

“Eliciting an increase in hand-hygiene is a challenge,” he says, “but new approaches in education, awareness, and social-media nudges have proven to be effective in hand-washing engagement.”

The researchers used data from previous studies on the effectiveness of handwashing in controlling transmission of disease, so Juanes says these data would have to be calibrated in the field to obtain refined estimates of the slow-down in spreading of a specific outbreak.

The findings are consistent with recommendations made by both the U.S. Centers for Disease Control and the World Health Organization. Both have indicated that hand hygiene is the most efficient and cost-effective way to control disease propagation. While both organizations say that other measures can also play a useful role in limiting disease spread, such as use of surgical face masks, airport closures, and travel restrictions, hand hygiene is still the first line of defense—and an easy one for individuals to implement.

While the potential of better hand hygiene in controlling transmission of diseases between individuals has been extensively studied and proven, this study is one of the first to quantitatively assess the effectiveness of such measures as a way to mitigate the risk of a global epidemic or pandemic, the authors say.

The researchers identified 120 airports that are the most influential in spreading disease, and found that these are not necessarily the ones with the most overall traffic. For example, they cite the airports in Tokyo and Honolulu as having an outsized influence because of their locations. While they respectively rank 46th and 117th in terms of overall traffic, they can contribute significantly to the spread of disease because they have direct connections to some of the world’s biggest airport hubs, they have long-range direct international flights, and they sit squarely between the global East and West.

For any given disease outbreak, identifying the 10 airports from this list that are the closest to the location of the outbreak, and focusing handwashing education at those 10 turned out to be the most effective way of limiting the disease spread, they found.