Psychiatric visits to the emergency room rise despite the ACA 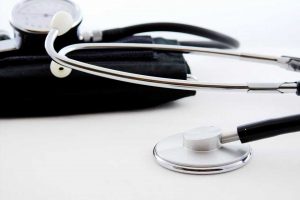 Emergency room visits in the US for mental health increased every year from 2007 to 2016 despite the expansion of health coverage over that time, researchers report on July 28 in the Journal of Clinical Psychiatry. The numbers suggest communities and states need to do more to get mental health resources to the people who need them.

Emergency departments in the US reported that 7 of every 100 people who visited emergency rooms in 2007 were there for mental health and substance abuse-related needs. By 2016, that number had risen to 11 of every 100, according to data from the Centers for Disease Control and Prevention (CDC). The US hit a major economic recession in 2008 and 2009 while it was in the midst of a drug abuse epidemic, and that may have contributed to the trend. But the numbers of people going to the emergency department for mental health issues continued to climb steadily through the economic recovery, even after the federal government implemented the Affordable Care Act (ACA) in 2014. The ACA dramatically expanded the number of people with access to insurance to pay for comprehensive mental and behavioral health services, but that didn’t lessen the number of emergency room visits for psychiatric troubles.

“The health care delivery system needs to be better aligned for people with mental health needs. Health insurance is not the only factor” in getting people the care they need, says T. Greg Rhee, professor of medicine and public health at UConn Health. People also need to be able to get appointments with a mental healthcare provider. Such specialists are scarce in many parts of the country, and some, especially psychiatrists, may not accept health insurance at all. And the resources for treating substance abuse have been stretched to the limits by the opioid epidemic.

Although the CDC does not yet have data from 2017, 2018, and 2019 available, preliminary reports suggest the numbers have continued to climb, Rhee says. And the current COVID-19 pandemic will only make things worse.