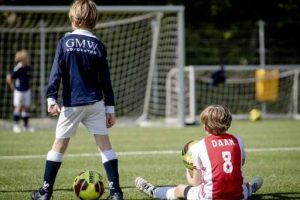 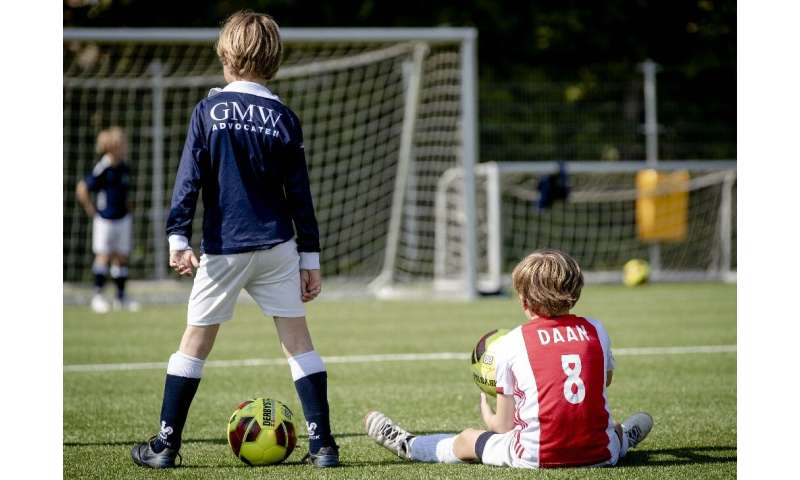 Children have largely been spared the worst of COVID-19, but there may be a rare complication—an inflammatory syndrome that one doctor described as causing patients to feel like “every blood vessel in the body is on fire.”

Britain’s National Health Service first sounded the alarm over the weekend, warning about a small rise in children infected with the coronavirus that have “overlapping features of toxic shock syndrome and atypical Kawasaki disease.”

“All of the pediatricians and critical care medics are working together to see whether it’s connected to COVID-19,” France’s health minister Olivier Veran said Wednesday.

Data shows that children are overall not at high risk from the virus and accounted for just 0.4 percent of hospitalized cases in the US, according to official data released earlier this month.

But reports of autoimmune complications arising across Europe and the United States highlight the need for parents to be vigilant, doctors say, even as much more research is needed to definitively tie the virus to these symptoms.

Sunil Sood, a physician at Cohen Children’s Medical Center in New York, told AFP he and colleagues had seen five or six such cases over the past three weeks, “and we’ve all been wondering why these somewhat older children, older than usually seen with Kawasaki disease, are coming in” with inflamed blood vessels.

Kawasaki disease is a mysterious illness that primarily affects children up to the age of five and causes the walls of arteries to become inflamed, resulting in fever, skin peeling and joint pain.

Though frightening, most recover without serious issues.

Across the Atlantic, in Paris, such cases account for “about 20 children,” Damien Bonnet, head of pediatric cardiology at Necker Hospital, told AFP.

“According to my colleagues across France, there are others elsewhere,” he added, emphasizing however that in absolute terms, the number “remains limited.”

The first case admitted to his hospital was “three weeks ago,” and “it has been accelerating for about eight days.”

Bonnet’s patients, who range in age from two to 18, have shown a range of “symptoms, including gastrointestinal, respiratory” and also heart trouble.

“Most need to be helped with drugs to support the functioning of the heart,” he said.

Much in common with the cases seen by Sood: “They’re coming in with sudden drop of blood pressure, or shock, sudden decrease in heart muscle function, which is myocarditis”—though most of his patients are teens.

“The way we would explain it to parents is every blood vessel in the body is on fire,” he said.

Some have breathing troubles too, added Sood, “but not necessarily as dramatic or severe” as those seen in adults with severe COVID-19.

Some patients are presenting with symptoms closer to “toxic shock syndrome,” another rare disease seen as a complication of bacterial infection.

One older child seen by Sood came in with low blood pressure and a rash caused by inflamed blood vessels.

He knew the girl had been in quarantine and was unlikely to have contracted the rare bacteria that causes TSS.

“And so it boiled down to she either had COVID causing vasculitis, or if that was negative, she would have lupus,” a chronic autoimmune condition.

It’s not yet possible to know for certain whether the virus is actually causing this.

Cases of Kawasaki disease, while rare, do appear to rise in springtime and in fall, for reasons that still remain a mystery—and so it could be a coincidence in some cases that the patients also have the coronavirus.

But there are some clues that the two may be linked.

“We are living in the COVID-19 epidemic, and we see an infrequent disease becoming more frequent. That raises questions,” said Bonnet.

Its cause has long been a mystery, though scientists suspect it has a viral trigger that causes an abnormal immune reaction.

“It could well be that this virus drives the same inflammatory response that other viruses drive in Kawasaki disease,” said Sood.

This ties in with what we have learned about how an abnormal immune response, called a “cytokine storm” in adult COVID-19 patients, can cause severe damage to their lungs.

Sood said that while he did not want parents to panic, it was important to remain alert, even if their child did not have typical symptoms like fever.

“Even if you think, ‘My child’s never been exposed, it’s not possible,’ we’re seeing children with atypical manifestations of infection,” he said.