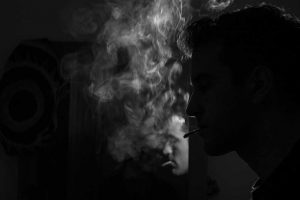 The tobacco control policies of Japan, the world’s ninth largest cigarette market and host of the 2020 Olympics, are not working, according to new studies from researchers at the University of Waterloo.

The two studies were part of the Waterloo-based International Tobacco Control Policy Evaluation Project (ITC) and involved a survey of 3,800 smokers in Japan. Waterloo researchers collaborated with researchers in Japan on both studies, which are the first national-level evaluations of Japan’s efforts to reduce smoking.

The first study, led by Janet Chung-Hall of the ITC project, found that only 30 percent of Japanese smokers noticed text-only health warnings on cigarette packaging and only 14 percent read them closely. The effectiveness of text-only warnings in Japan is much lower than in countries that require large pictorial warnings, now numbering over 100.

More than half of the Japanese smokers agreed that picture warnings would be more effective.

The second study, led by Genevieve Sansone of ITC, found that the partial smoke-free laws in Japan have led to higher exposure rates to second-hand smoke in workplaces, restaurants, and bars than in countries where more substantial bans have been implemented.

“The Japanese government has been very slow to develop and implement proven FCTC policies,” said Yumiko Mochizuki, a researcher at the Japan Cancer Society and ITC member. “These two studies show that Japan must do much more to combat smoking, the number one preventable cause of death in our country, which kills 160,000 smokers a year and over 15,000 non-smokers from second-hand smoke.”