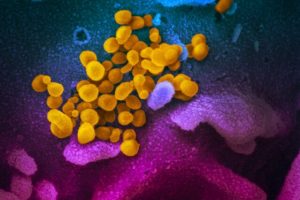 The country reported 585 new fatalities in the past 24 hours, but said it had revised its counting mechanism, making the figures difficult to compare with previous tolls.

The total number of deaths in Spain now stands at 19,478, the third-highest in the world after the United States and Italy.

Overnight, the government issued revised guidelines for reporting deaths in order to homogenise data from the country’s 17 autonomous regions in an apparent move to eliminate any deaths where the patient had not been tested for COVID-19.

But such a methodology has proven controversial with Madrid and Catalonia, the two worst-hit regions, who this week insisted they had thousands more victims than the official count.

The national death toll on Friday was the highest daily figure since Sunday when 619 people died in 24 hours.

The data also revised down the number of people who had recovered from COVID-19, giving an overall total of 72,963.

But the number of cases did correlate with earlier figures, showing an increase of 5,252 new cases, bringing the overall total to 188,068.

“It must be recognised that that number of dead is much higher,” Ignacio Aguado, vice-president of Madrid’s regional government, told Spain’s RNE radio.