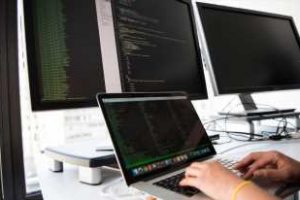 Contracts released by the UK government have revealed that personal health information about millions of NHS patients was provided to private tech firms involved in the COVID-19 datastore project.

The project announced in March intended to collate data from health and social care organisations in order to “provide a single source of truth” about the pandemic.

However there were concerns about privacy issues, with MPs asking questions in parliament about the deals with private firms and more than 13,000 people joining a call for transparency.

Political website openDemocracy and tech justice firm Foxglove sent legal letters demanding transparency about the agreements, which were revealed hours before court proceedings were due to start on 5 June.

Details of the deals with Google, Amazon, Microsoft and Palantir and Faculty have been published online by openDemocracy.

They reveal that companies involved in the datastore project were originally granted intellectual property rights and allowed to train their models and profit from access to NHS data, but the terms of the deal were changed after a Freedom of Information request made by Foxglove.

The Faculty contract shows that the firm, which has been linked to Dominic Cummings, is being paid more than £1 million to provide artificial intelligence (AI) services for the NHS.

An NHS blog announcing the datastore project, had ensured privacy, stating that  “essential data governance procedures and established principles of openness and transparency remain at the core of everything we do”; that the data collected “will only be used for COVID-19”; and that “only relevant information will be collected.”

It also said that “once the public health emergency situation has ended, data will either be destroyed or returned in line with the law and the strict contractual agreements that are in place between the NHS and partners”.

Campaigning organisations, Privacy International and the Open Rights Group previously issued a statement raising concerns about the involvement of Palantir, flagging up the firm’s past work on the tracking of migrants and provision of espionage tools.

Foxglove founding director Cori Crider and openDemocracy editor-in-chief Mary Fitzgerald wrote in a blog post: “The contracts show that the companies involved, including Faculty and Palantir, were originally granted intellectual property rights (including the creation of databases), and were allowed to train their models and profit off their unprecedented access to NHS data.”

A Faculty spokesperson said the company “asked for its contract to be amended to make clear that it will derive no commercial benefit from any software, including trained machine learning models, developed during the course of the project and that the use of the IP is under the sole control of the NHS”.