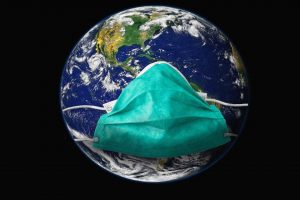 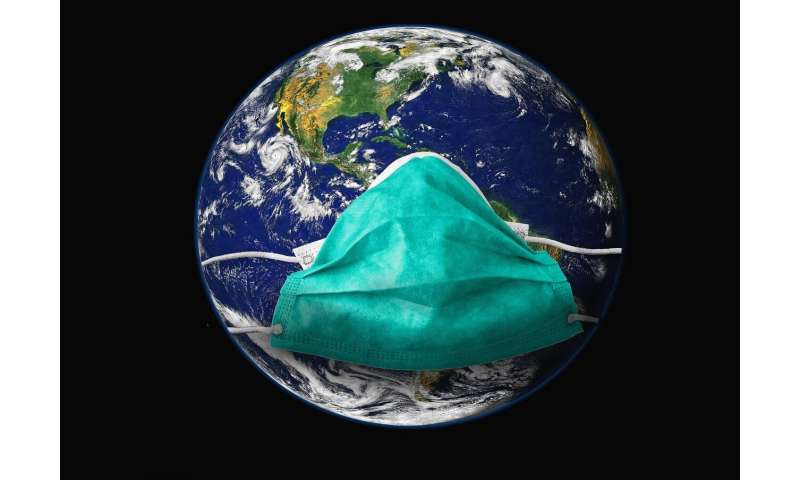 KAA Design is known more for creating swanky homes for the likes of Matt Damon, Julia Louis-Dreyfus and Tom Hanks and Rita Wilson than it is for responding to a health crisis. Just last week, the Marina del Rey company’s 3-D printers—one the size of a refrigerator, the other resembling a tall photocopy machine—were humming quietly, crafting small-scale models for a modernist home is Santa Barbara.

The firm’s efforts are part of a quickly growing movement organized at USC and involving faculty, students and alumni from the Southern California Institute of Architecture, UCLA Extension and other schools, as well as more than 35 architecture firms and several nonprofits. They are creating face masks and face shields for the Keck Hospital of USC, which plans to distribute them to other hospitals.

The USC architecture school’s volunteer network was, as of Monday, about 196 people and 198 3-D printers strong. The group had printed 1,061 “pseudo N95” masks and 481 face shields in a week.

KAA hopes to create more than 500 masks by the end of May.

“It feels really good to participate not just in survival mode, but in solution mode,” said KAA’s founder and president, Grant Kirkpatrick, who’s on the board of the USC architecture school. “It just seemed like a no-brainer to switch gears and keep people healthy.”

Our market experts share their insights on managing portfolios in a volatile environment.

The architects sprang into action when Alvin Huang, director of graduate architecture at USC, teamed with Darryl Hwang, an assistant professor of radiology and biomedical engineering at USC. Hwang, who also runs the 4-D quantitative imaging lab at the university, had a digital model for a mask he had adapted from one at Massachusetts General Hospital in Boston. He was 3-D printing masks in his lab and recruiting individuals with whom he’d connected on Facebook who had 3-D printers.

Huang, who had set out to make face shields after being inspired by a colleague doing the same at Cornell University, had “an army” of architects he’d organized on a Google document sign-up sheet.

“Architects have 3-D printers and know how to use them,” he said.

The fact that Hwang’s mask had been tested and approved by Keck inspired Huang to change course. “That’s important because a lot of designs for 3-D-printed PPE (personal protective equipment) are floating around out there and hospitals are rejecting a lot of them,” Huang said. “So we abandoned the shields and started printing masks.”

A mask protects the nose and mouth from germs, whereas a plastic shield—not unlike a welder’s see-through visor—protects the entire face, including the eyes and cheeks, from droplets.

Other efforts are underway at USC’s Viterbi School of Engineering and Jimmy Iovine and Andre Young Academy to create 3-D-printed face masks and headbands for protective face shields (the plastic coverings must be laser-cut or die-cut). The different USC schools, with outside participants, coordinate and share tips on a by-invitation-only Slack channel for participants from multiple organizations. Huang’s team of architects, the largest of the groups, is mostly self-funded, with each participant paying for its own printer and materials, he said. The group received a $10,000 donation from the American Institute of Architects, California Council, and the L.A. firm Gruen Associates donated 60 spools of PLA filament material, a type of vegetable-based, biodegradable plastic.

Los Angeles Mayor Eric Garcetti’s office is serving as a liaison, sourcing 3-D printers and other materials and connecting PPE makers with hospitals, said Christopher Hawthorne, the city’s chief design officer (and formerly The Times’ architecture critic). The city partnered with the L.A. chapter of AIA, putting a survey out to its members.

“We’re trying to match the supply and demand on a bigger scale,” Hawthorne said.

There’s been much discussion over the last five years about the potential of 3-D printing in architecture, Hawthorne added, but the pandemic has accelerated the conversation and experimentation. “It’s turned from speculative to something that is very practical and immediately responsive to this need,” he said.

For some, it’s also personal. Architect Patrick Tighe, whose firm has made about 20 masks so far, is married to a nurse at UCLA Medical Center, Santa Monica.

“We all feel kind of helpless and it’s a small contribution, but it’s something,” he said. “If we can make 100 masks and one helps one person, that’s worth it.”

The 3-D-printed masks aren’t in use because they’re meant to be backup reserves for hospitals. They aren’t as effective as real N95 masks, as they’re not guaranteed to be airtight. They are more effective than disposable surgical masks, which protect from only about 70% of airborne germs, Huang said, and they’re certainly more effective than a bandanna or sock over one’s face. The 3-D-printed masks are also reusable—just swap out the HEPA filter. Because they’re hard plastic and waterproof, they’re easier to wipe down and clean than hand-sewn masks or bandannas, which must be laundered.

“It’s very specific to face structure,” Hwang said. “So each person who’d use it would have to do a fit test beforehand to make sure it’s sealed properly.”

Huang compares the 3-D-printing process to “a hot glue gun attached to a robotic arm.” Spools, rather than printer ink cartridges, feed tubular strands of plastic into the machine, where it’s melted. The 3-D printer head shoots the material out in layers, over several hours, as directed by a 3-D graphic in a digital file. Eventually the layers build up to create the object.

The majority of Huang’s architects are using personal 3-D printers—many of them working at home—rather than expensive, industrial sized printers, and it takes about 3 hours to print one mask. When the mask comes out of the printer, participants follow assembly instructions in a PDF file, attaching the HEPA filter, adding weather stripping to the edges as a seal and affixing elastic ear bands.

“Except they’re sold out everywhere,” Huang said of the elastic, because so many Americans are making DIY masks. “So we’re using string now. You just have to tie them really tight.”

Another challenge, Huang said: Architects tend to be both creative and perfectionist.

“Everyone in our group wants to modify it and make it better,” he said. “But I say: ‘This is not a design project, it’s a production project.'”

Lawrence Scarpa of Brooks + Scarpa said he has watched his firm 3-D-print 300 masks so far. Architects are particularly suited to this job, he said.