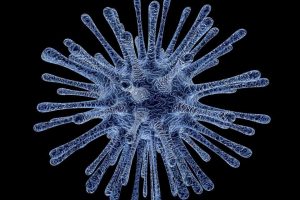 Editor’s note: The coronavirus that has claimed more than 4,000 lives worldwide and sickened more than 113,000 most likely originated in bats, most experts believe. From bats, the virus “jumped” to another species, likely pangolins, and then to humans. Why didn’t the virus make bats or pangolins sick? As it turns out, viruses are complicated—in addition to sometimes being deadly.

1. How does this new virus differ from other coronaviruses?

SARS-CoV2 is a cousin of the coronavirus that caused SARS, having about 79% similarity in its genetic makeup. Though similar, these two viruses are not the same, and their disease manifestations are different. SARS was recognized at the end of February 2003 in China. Worldwide, 8,098 people became sick with SARS and 774 died, with the disease having a mortality rate of 10%.

MERS-CoV was first identified in Saudi Arabia in September 2012. Globally, MERS-CoV was responsible for 2,494 MERS cases and 858 deaths, with a mortality rate of 37%.

The ongoing SARS-CoV2 epidemic and the rate of infection and mortality seem different than both SARS-CoV and MERS-CoV. As of March 10, the U.S. has 866 COVID-19 cases with 28 deaths, while 45 cases have been reported in Canada. It seems that SARS-CoV2 is less deadly than the other two coronavirus strains, but it is more contagious.

2. Some people are saying COVID might become endemic. What does this mean?

Aggressive diseases like SARS give rise to epidemics—outbreaks where the number of new cases flares up rapidly in a region. Effective, evidence-based public health measures reduce the number of new patients infected, until these aggressive diseases are controlled. In contrast, an endemic disease is constantly present in a certain geographic region. A good example of an endemic disease is malaria, which is constantly present in tropical regions of Africa, Asia and Latin America.

The 2003 SARS epidemic was controlled by a combination of effective international surveillance methods and local, evidence-based public health measures. International surveillance systems alerted the authorities of the emergence of a novel disease, helping set up guidance for travelers, airlines and crew. It also set in motion a global response that prevented the spread of the disease, and helped the local public health efforts to identify and quarantine infected people. Effectively, this combined response prevented SARS from becoming endemic.By July 2003, four months from the onset of the outbreak, human-to-human transmission of SARS had stopped.

3. How do these viruses jump to humans?

The majority of new diseases affecting humans are zoonotic, meaning that they originate in wild animals (mostly mammals) and then cross over to people. Among mammals, bats have a higher number of zoonotic viruses. These viruses might cause mild to no symptoms in bats. People and animals interacting with bats (or their urine, feces or saliva) might catch these zoonotic viruses and then spread them to other animals or people.

The trapping of wild animals for pets, food or medicinal purposes puts wild animals like bats in close contacts with other animals and people. That is what happened in the previous two coronavirus outbreaks. In the 2003 outbreak, the SARS coronavirus jumped from bats to civets being sold as food in a market, and then from civets to people. In the MERS outbreak, the MERS coronavirus jumped from bats to camels and from camels to people. As a result of the COVID-19 epidemic, China placed a permanent ban on wild animal markets.

4. Why don’t bats get sick from the virus?

5. How do organisms reach a ‘truce’ with a virus?