COVID-19 therapies are better in combination than alone 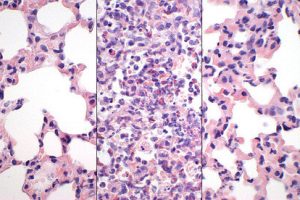 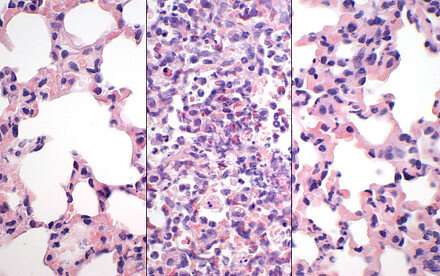 There is a steadily growing arsenal of drugs for COVID-19. Researchers from Charité-Universitätsmedizin Berlin, the Max Delbrück Center for Molecular Medicine (MDC) and Freie Universität (FU) Berlin have studied the mechanisms of action of antiviral and anti-inflammatory drugs. Their findings, which have been published in Molecular Therapy, show that treatment effects were best with combination therapy involving both types of drugs. This treatment regimen also had the additional benefit of increasing the time window available for antibody therapy.

SARS-CoV-2 infections continue to result in hospitalizations. According to estimates by the Robert Koch Institute, the current COVID-19 hospitalization rate is approximately six to seven per 100,000 of the resident population. Hospitalized COVID-19 patients now have access to a range of drugs that can reduce the severity of the disease, or in the most severe cases, reduce the risk of death. Some of these drugs target the virus itself; others fight the inflammation associated with infection.

First-line treatments include monoclonal antibodies and dexamethasone, a drug with strong anti-inflammatory properties. Antibody treatments neutralize the virus by sticking to the surface of its spike protein, preventing it from entering human cells. This type of treatment is used within seven days after symptom onset. Hospitalized COVID-19 patients who require oxygen therapy usually receive dexamethasone, a glucocorticoid, which has been used for approximately 60 years to treat inflammatory conditions caused by an overactive immune response. In COVID-19, too, the drug has been shown to reliably dampen the body’s inflammatory response. However, as the drug is associated with various side effects, including an increased risk of fungal infections, it should only be used in a specific and targeted manner.

Researchers from Charité, the MDC’s Berlin Institute of Medical Systems Biology (BIMSB) and FU Berlin have now studied the mechanisms of action of both types of treatment. “We uncovered evidence to suggest that combination therapy of antibodies and dexamethasone is more effective than either of these treatments alone,” says first author Dr. Emanuel Wyler, a researcher at the BIMSB’s RNA Biology and Posttranscriptional Regulation research group, which is led by Prof. Dr. Markus Landthaler.

As not all lung compartments can be studied using lung tissue samples obtained from patients, the research group’s first step last year was to search for a suitable model. That task fell to co-last author Dr. Jakob Trimpert, a veterinarian and research group leader at the FU Berlin’s Institute of Virology, who subsequently developed COVID-19 hamster models. As animals which both contract the same virus variants as humans and develop similar disease symptoms, hamsters have proven the most important non-transgenic model for the study of COVID-19. Symptoms and progression, however, vary between different species of hamster. While symptoms usually remain moderate in Syrian hamsters, for example, Roborovski hamsters will develop severe disease reminiscent of that seen in COVID-19 patients requiring intensive care.

“In the current study, we tested the effects of single and combined antiviral and anti-inflammatory therapies for COVID-19, meaning we used the existing models with monoclonal antibodies, dexamethasone, or a combination of the two,” explains Dr. Trimpert. The FU Berlin’s veterinary pathologists then examined infected lung tissue under a microscope to establish the extent of lung tissue damage. Dr. Trimpert and his team also determined the quantities of infectious virus and viral RNA present in the tissues at various time points. This enabled the researchers to check whether and how viral activity might change over the course of treatment. “Thanks to a detailed analysis of various COVID-19 parameters, which is only possible in an animal model, we were able to improve our understanding of the basic mechanisms of action of two important COVID-19 drugs. Moreover, we found clear evidence of the potential benefits associated with a combination therapy of monoclonal antibodies and dexamethasone,” says Dr. Trimpert.

Using single-cell analyses, the researchers demonstrated the drugs’ effects on the complex interplay of various cellular signaling pathways and the number of immune cells present. Individual cells obtained from a particular sample were loaded onto a chip, where they were first barcoded and then encapsulated into minute droplets of aqueous fluid. Once prepared, the single cells underwent RNA sequencing, a process used to establish the sequence of genetic building blocks that a cell has just read. Thanks to barcoding, this RNA is later identifiable as originating from a particular cell, enabling the researchers to determine cellular function at the single-cell level with a high degree of accuracy.

“We were able to observe that the antibodies are effective at reducing the amount of virus present,” explains Dr. Wyler, adding, “This was not much use in our model, though.” This is because it is not the virus that damages the lung tissue, but the strong inflammatory response triggered by the virus. The immune cells fighting the invading pathogens release messenger substances to call in reinforcements. When these defensive forces arrive in large numbers, the lungs can become clogged. “Obstructed blood vessels and unstable vessel walls can subsequently result in acute lung failure,” explains Dr. Wyler.

A surprise came in the shape of the well-known drug dexamethasone. “This anti-inflammatory exerts a particularly strong effect on a specific kind of immune cell known as neutrophils,” says the study’s co-last author Dr. Geraldine Nouailles, Research Group Leader at Charité’s Department of Infectious Diseases and Respiratory Medicine. Neutrophils are a type of white blood cell responsible for mounting a prompt response to viral and bacterial infections. “The corticosteroid preparation suppresses the immune system and prevents the neutrophils from producing messenger substances which would attract other immune cells,” explains Dr. Nouailles. She continues, “This makes the drug extremely effective at preventing an escalation of the immune response.”