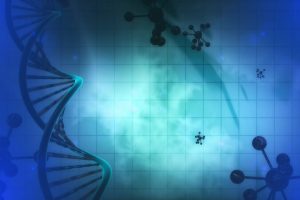 A toolkit which allows researchers to modify or remove genes in malaria, to create up to three strains of the parasite simultaneously, has been developed by researchers at the Crick.

Malaria causes around 400,000 deaths globally each year, and resistance to drugs is an ongoing problem. But studying different strains of the disease at the same time could help scientists uncover future drug targets.

In the study, published in Life Science Alliance, researchers adapted gene editing processes, allowing them to create up to three different versions of the malaria parasite (Plasmodium falciparum) at the same time. This makes it far easier to draw comparisons between the strains.

“As malaria continues to develop resistance to front-line drugs, and an effective vaccine remains elusive, it’s vital we increase our understanding of this parasite.

“Our method offers a valuable new string to the bow of researchers, providing a faster way for us to work out the role and importance of different genes,” says Konstantinos Kousis, lead author and postdoc in the Malaria Biochemistry Laboratory at the Crick.

The method works by adapting an existing system that is currently used to edit DNA, so scientists can replace target genes with different versions called alleles, or remove them entirely.

Changing or removing a gene in the malaria parasite is a valuable tool for researchers, as it allows them to study the role the specific gene plays, and find out if changing it has any impact on the way the disease develops.

Using this method, the researchers were able for the first time to uncover part of the role for an enzyme, called cGMP-dependent protein kinase. When they interfered with the gene that produces this enzyme, they found that the parasite was able to develop within red blood cells, but importantly, was not able to burst out of them. This is a crucial stage in its lifecycle, which means the parasite is able to spread more widely in the body.

Mike Blackman, paper author and group leader of the Malaria Biochemistry Laboratory at the Crick, says: “We’ve identified that this specific enzyme plays an important role in the life-cycle of malaria, and therefore how it develops and spreads in people.