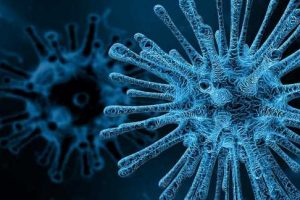 A Russian Arctic shipyard city known for nuclear submarine production, Severodvinsk, will be sealed off on Friday to contain a coronavirus outbreak there as the country’s confirmed cases neared 450,000.

The governor of the Arkhangelsk region where Severodvinsk is located has signed a decree shutting access to the city of more than 180,000 people from midnight Friday, with no fixed end date.

Severodvinsk is considered a hotspot with more than 1,000 confirmed cases, according to the regional health watchdog.

It has already made wearing gloves and masks compulsory.

On Thursday, 57 new cases were reported in the city, including 30 among workers at the shipyards.

Nearly half of Severodvinsk’s working-age population is employed in production and repairs of ships and submarines at huge enterprises including Sevmash and Zvezdochka, both part of a state conglomerate.

Under the USSR, Severodvinsk was a closed city requiring special passes to enter due to its involvement in nuclear submarine construction.

Under the new rules, however, residents will still be able to leave to get medical treatment and even to visit second homes, known as dachas.

The shipyards are not closing but authorities have recommended they stop bringing in workers from outside the city.

Though “it wasn’t easy to take this decision, it really is needed”, acting regional governor Alexander Tsybulsky said Thursday.

“You need to stick it out for a week or 10 days so that we don’t see the infection rate grow further,” he told residents.

The Arkhangelsk region as a whole has 2,712 confirmed cases according to the regional virus task force.

Russia has also seen high numbers of virus cases in eastern Siberia and President Vladimir Putin on Thursday ordered troops to build a field hospital in the Zabaikalye region, which has 1,321 confirmed cases.