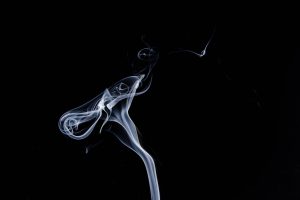 A recently completed study indicates that smoking by pregnant mothers caused roughly a 1.5-fold asthma risk in their offspring at the ages between 31 and 46.

Exposure to cigarette smoke is known to increase the risk of asthma in childhood, but research findings on its later effects are scarce.

A study published in the European Respiratory Journal investigated 5,200 individuals born in Northern Finland in 1966. The mother’s smoking during pregnancy resulted in an approximately 1.5-fold asthma risk in the child at the ages between 31 and 46. The risk was higher for those who had reported suffering from respiratory symptoms previously or who were carriers of the RUNX-1 susceptibility gene.

“The findings may point to the early vulnerability of the airways and permanent harm caused by cigarettes,” says Docent Sanna Toppila-Salmi from the University of Helsinki and the Hospital District of Helsinki and Uusimaa.

According to Toppila-Salmi, families planning for a pregnancy and expectant mothers should be encouraged to give up smoking. This would lower the risk of adult-onset asthma in their children and improve the health of the airways.