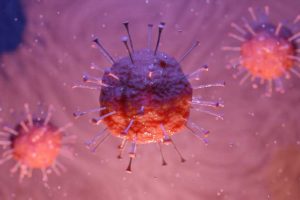 Emergency Swiss measures to control the COVID-19 pandemic will be extended by a week to April 26, but could be eased before May, President Simonetta Sommaruga announced Wednesday.

After ordering the closure of schools, bars, restaurants and shops other than food stores and pharmacies, the Swiss government on March 21 banned gatherings of more than five people.

These measures “are extended until April 26”, and “the first relaxations should be able to occur before the end of April,” Sommaruga told a press conference in Bern.

The government has instructed the health and economy ministries to come up with plans for “how this easing can be done, step by step”, the president said.

The plans are to be unveiled on April 16.

The gradual easing of restrictions would depend on the number of new infections, hospitalisations and deaths, as well as the situation around the world, he said.

The COVID-19 pandemic has killed more than 80,000 people—including more than 58,000 in Europe—since it emerged in China in December, while more than 1.4 million people have tested positive for the virus.

In Switzerland, more than 22,000 people have tested positive and more than 700 have died since the first case was detected on February 24 in the Ticino region, which borders hard-hit northern Italy.

“These figures continue to increase—but less quickly,” said Berset, noting that the numbers requiring hospital treatment were beginning to stabilise.

“A relaxation is within sight,” he said.

“We can say that, finally, we are beginning to see a bit of light at the end of the tunnel.”

Measures taken by the Swiss authorities have frozen economic activity, prompting some to demand greater flexibility.