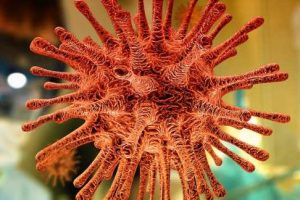 Spain said Thursday 440 people died in the past 24 hours from the new coronavirus, a slight increase for the third day running, bringing the overall death toll to 22,157.

The country has suffered the third-highest number of deaths in the world from the pandemic after the United States and Italy, with infections now more than 213,000 cases, health ministry figures showed.

Spanish health officials believe the epidemic peaked on April 2 when 950 people died over 24 hours, nearly three weeks after the government imposed a strict lockdown, effectively confining almost 47 million citizens to home to slow the spread of the virus.

“We have achieved the goal of a deceleration and slowdown for this week but we remain in a hard phase of the epidemic,” Health Minister Salvador Illa told a news conference.

The March 14 lockdown has been twice extended and parliament late on Wednesday approved a fresh extension until May 9, although conditions are to be slightly eased from April 26 to allow children to spend some time outside.